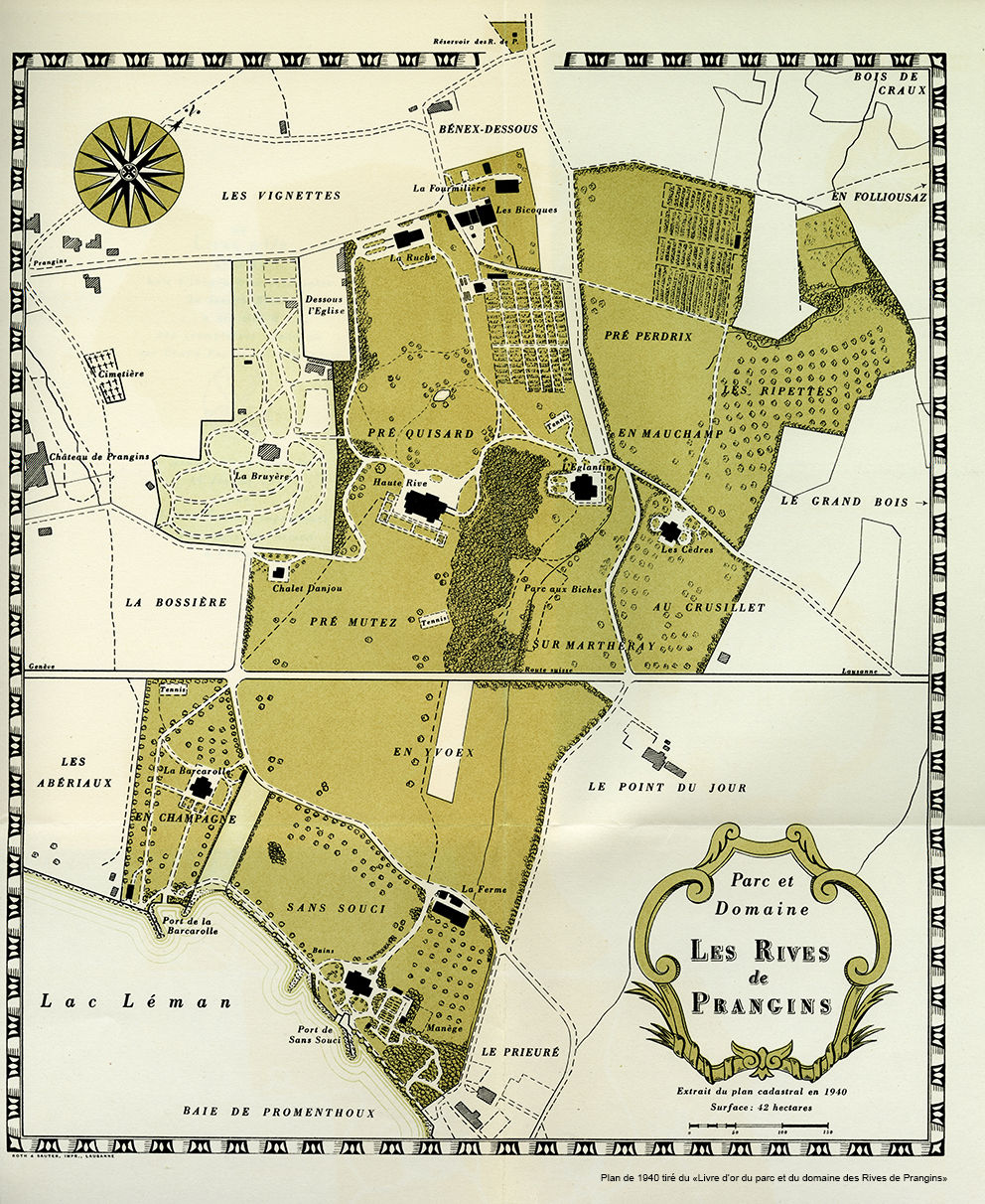 The Swiss psychiatrist Oscar Forel (1891–1982) set up the Rives de Prangins clinic
in 1930, opening his own establishment in the village after running the La Métairie
clinic in Nyon. He used private funds to purchase large tracts of land and planted
numerous species of trees on a site that was already partly wooded. In addition to
Hauterive, the main building overlooking the property, a dozen or so buildings were
constructed or renovated, spread out between the village of Prangins and the
lakeside at Promenthoux.

The institution has been overseen by the Canton of Vaud since 1968 and is now
known as the Hôpital de Prangins.

The architect Louis Hessenmüller from Nyon is responsible for the Rives de
Prangins buildings, which were constructed between 1928 and 1931 based on the
ideas of Oscar Forel. The novelty of their design was remarked on by the American
writer F. Scott Fitzgerald in his 1934 novel Tender is the Night: the clinic, he writes,
“was of the modern type – no longer a single dark and sinister building but a small,
scattered, yet deceitfully integrated village. Behind was a large truck farm, worked
partly by the patients. The workshops for ergotherapy were three, placed under a
single roof (…). From the workshop Dick went to visit the Eglantine and the Beeches.
Exteriorly these houses were as cheerful as the others.”
The region around Nyon provided a favourable location for internationally renowned
medical and psychiatric facilities (Les Rives de Prangins, La Métairie in Nyon and La
Lignière in Gland), and this is reflected in works of literature, such as Fitzgerald’s
novel.
Dr Oscar Forel, a lover of art, literature and music, named his villa Barcarolle
after a type of music that evokes the movements of a boat.
1940 plan from the “Livre d’or du parc et du domaine des Rives de Prangins ”
Photos: Jacques Lüscher, Les Rives de Prangins, Geneva, undated 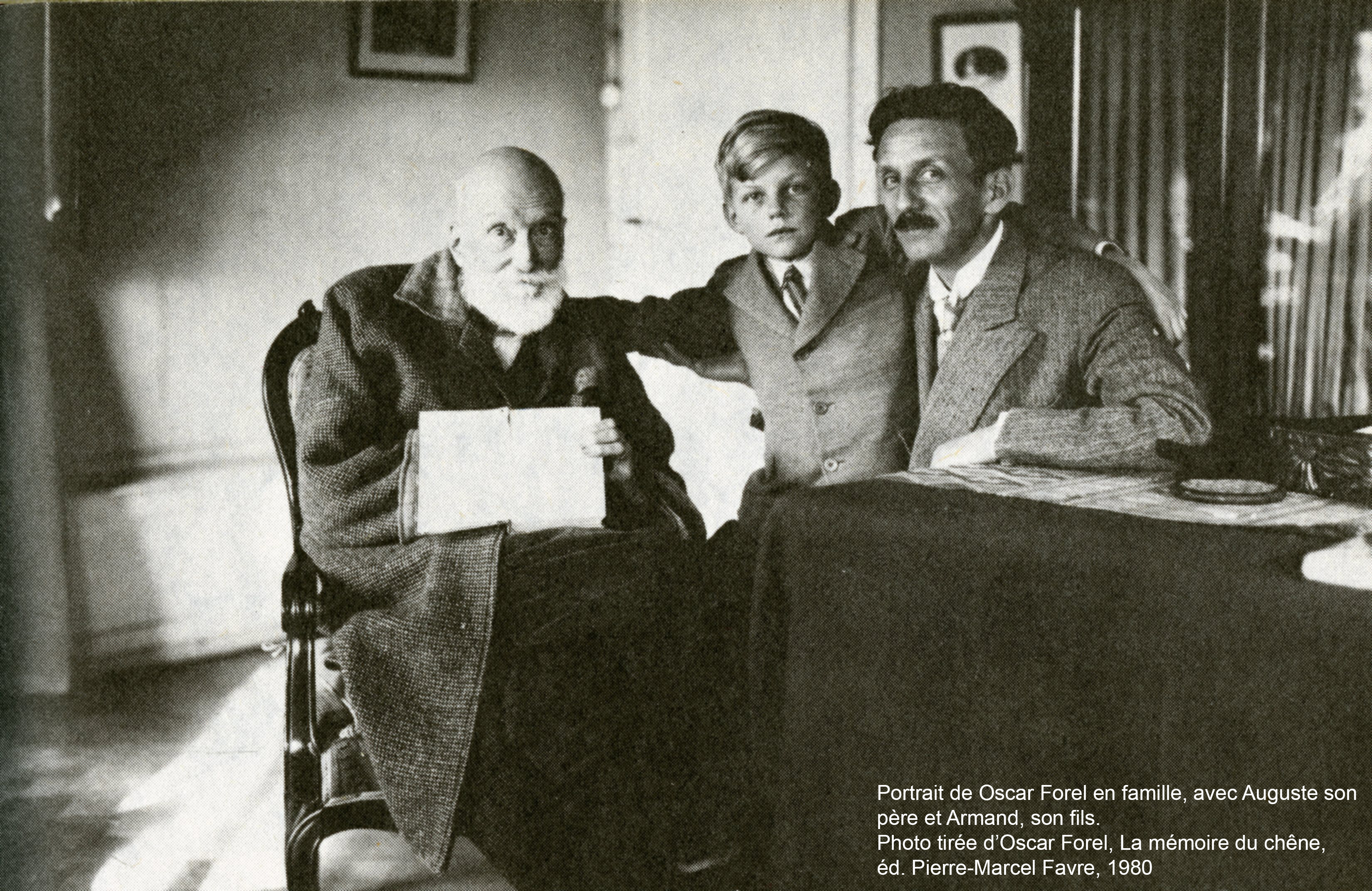 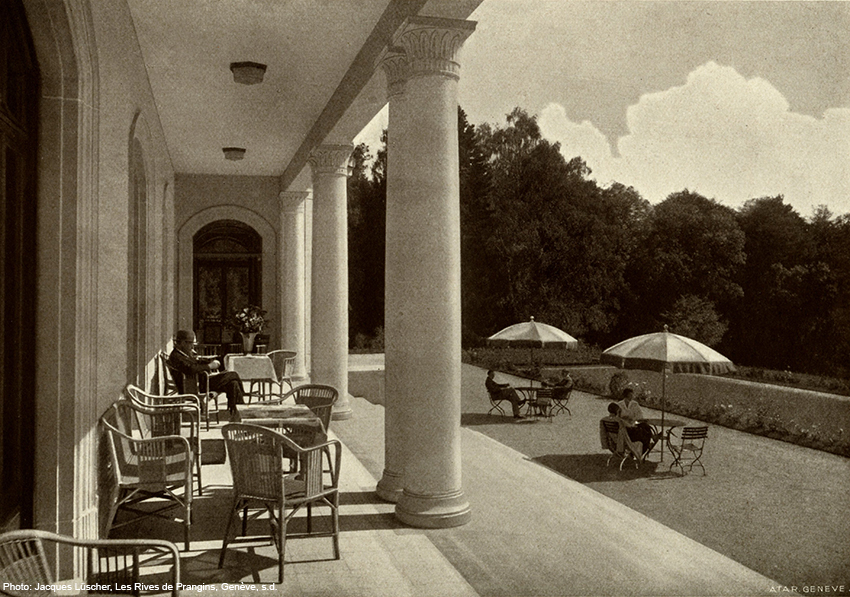 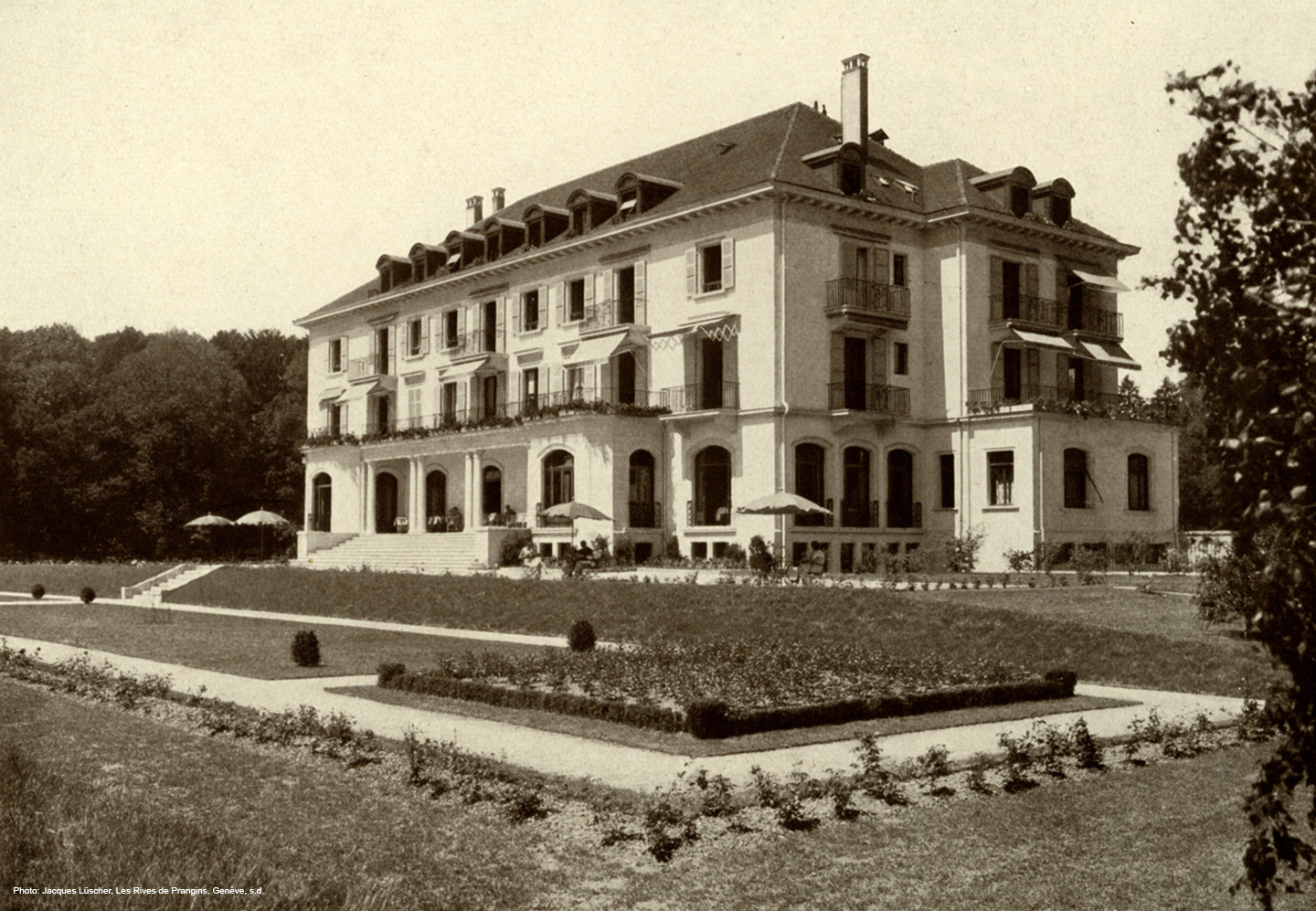 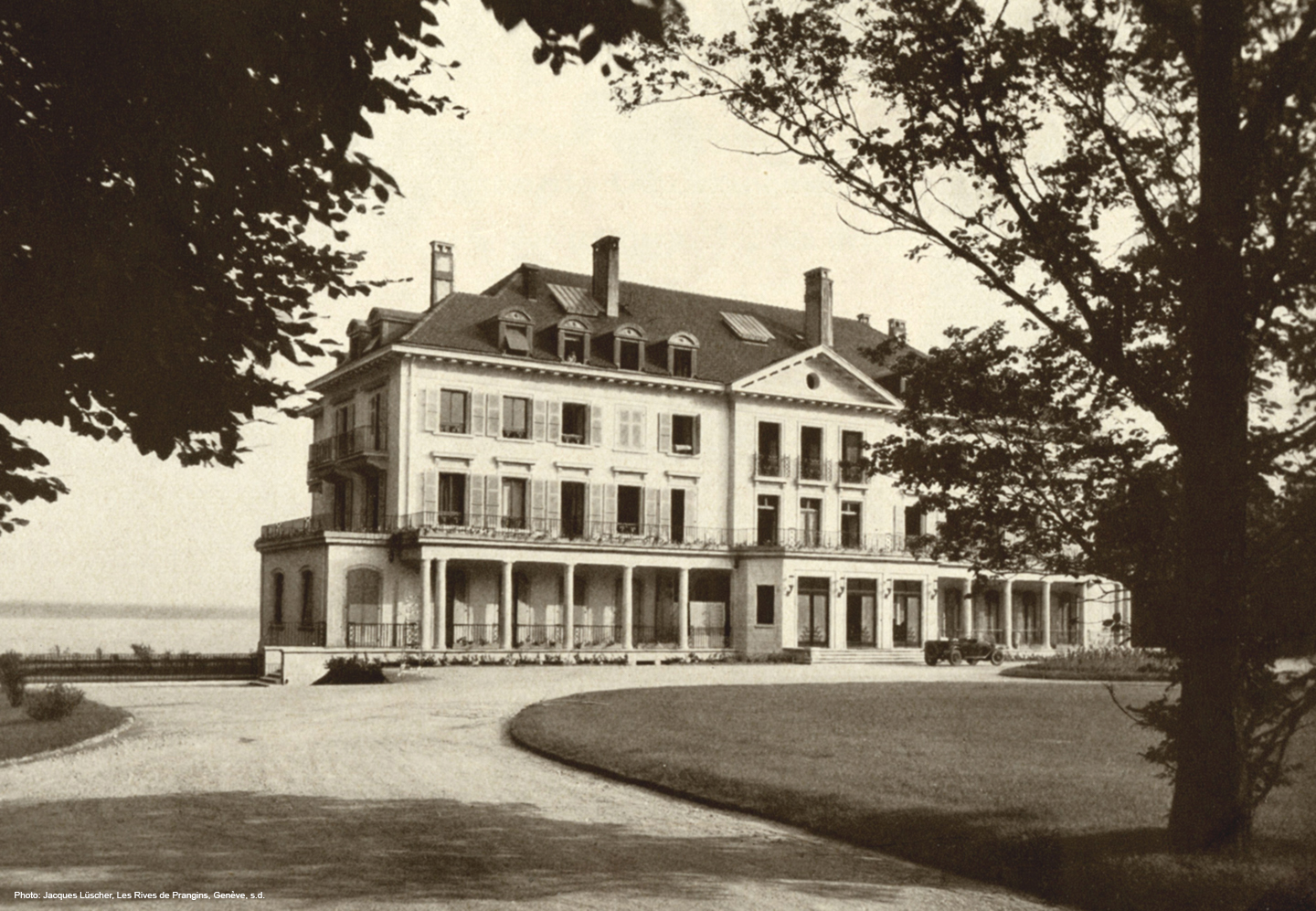 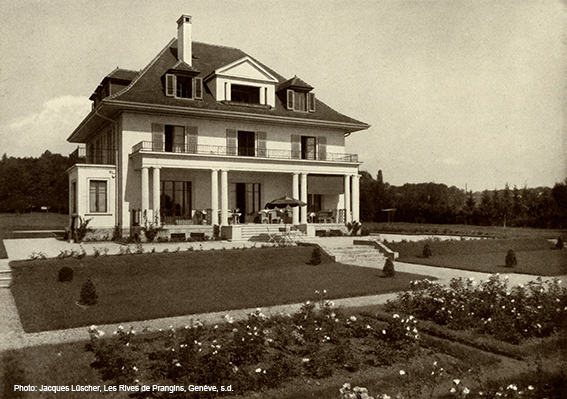 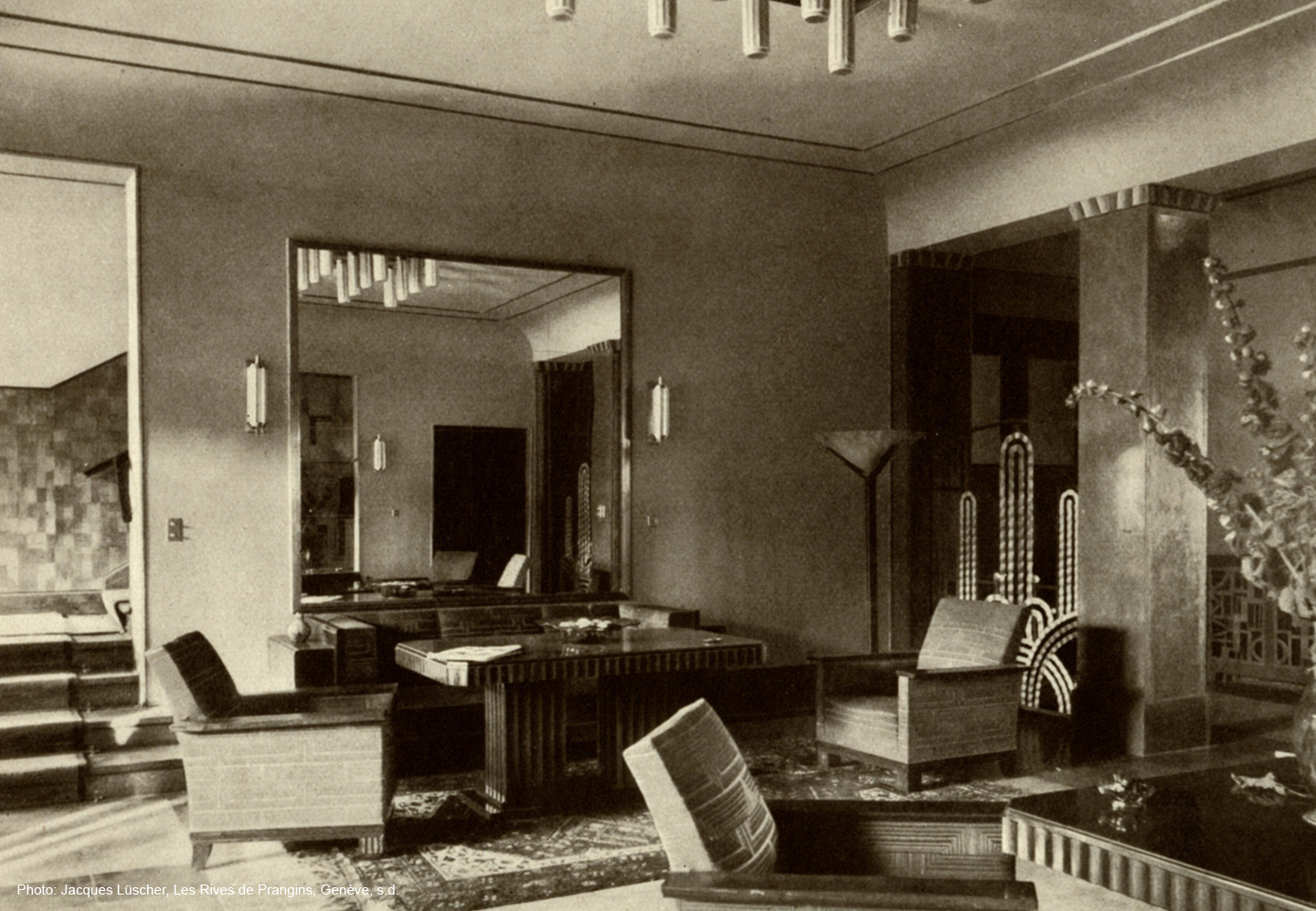 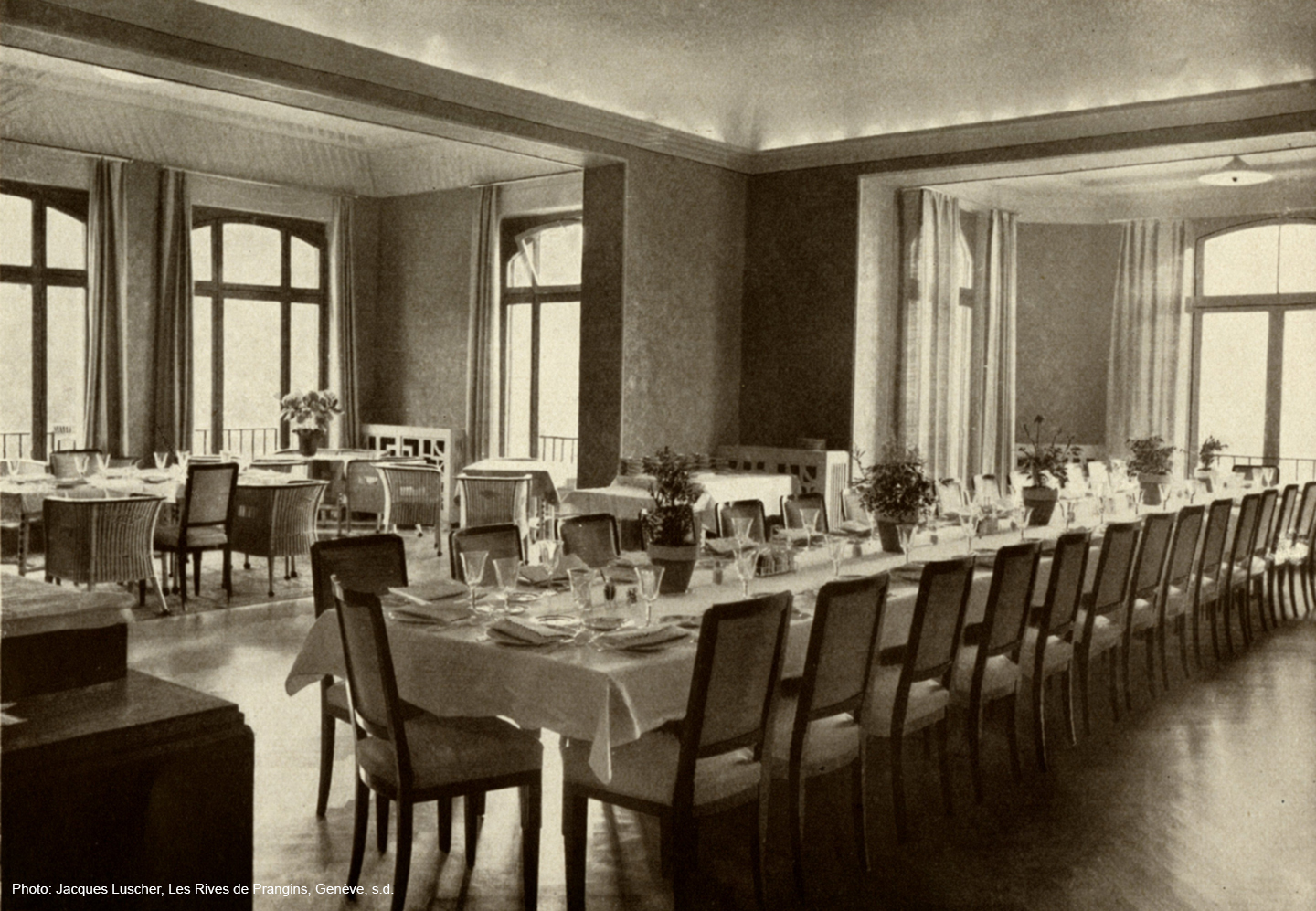 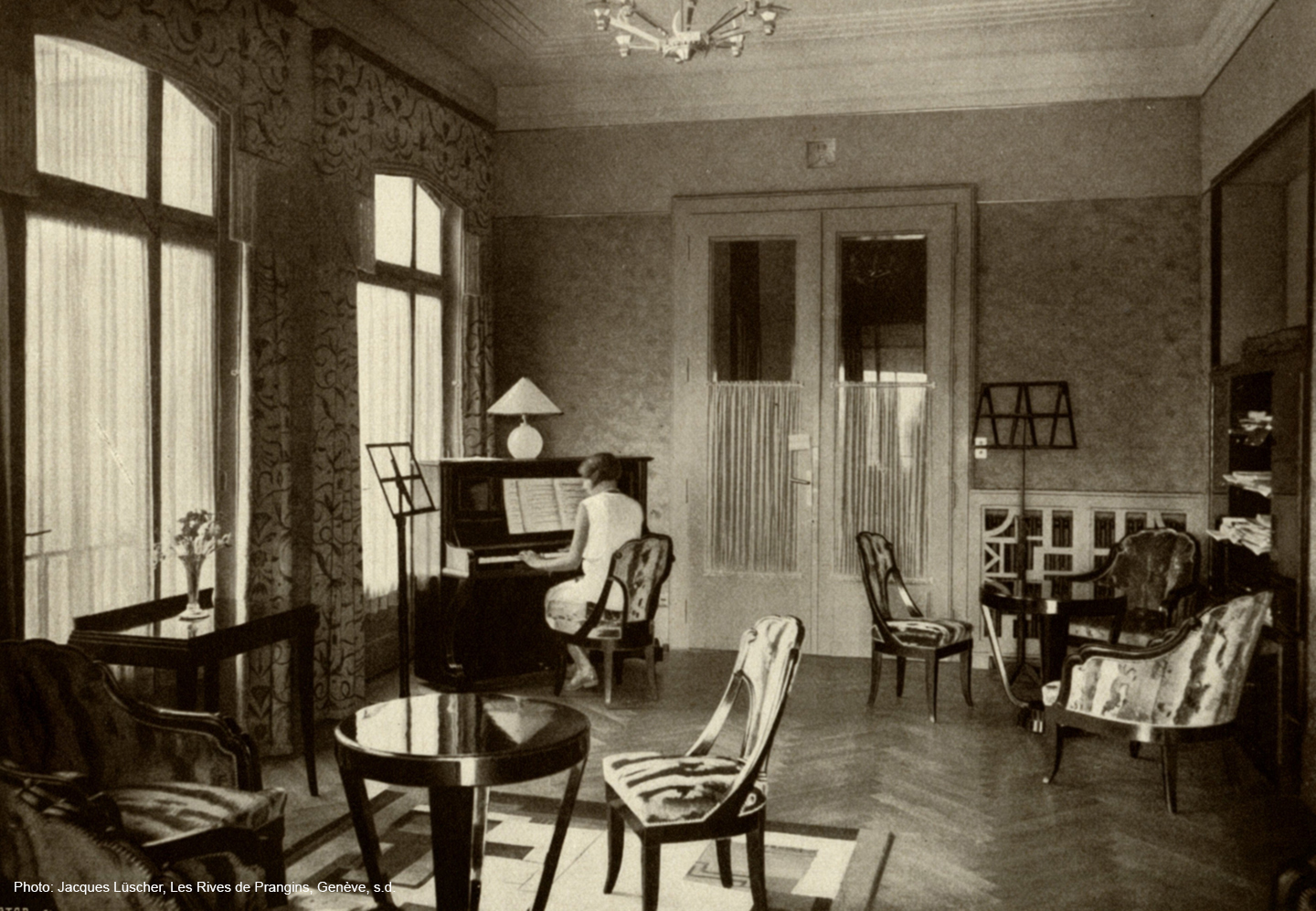 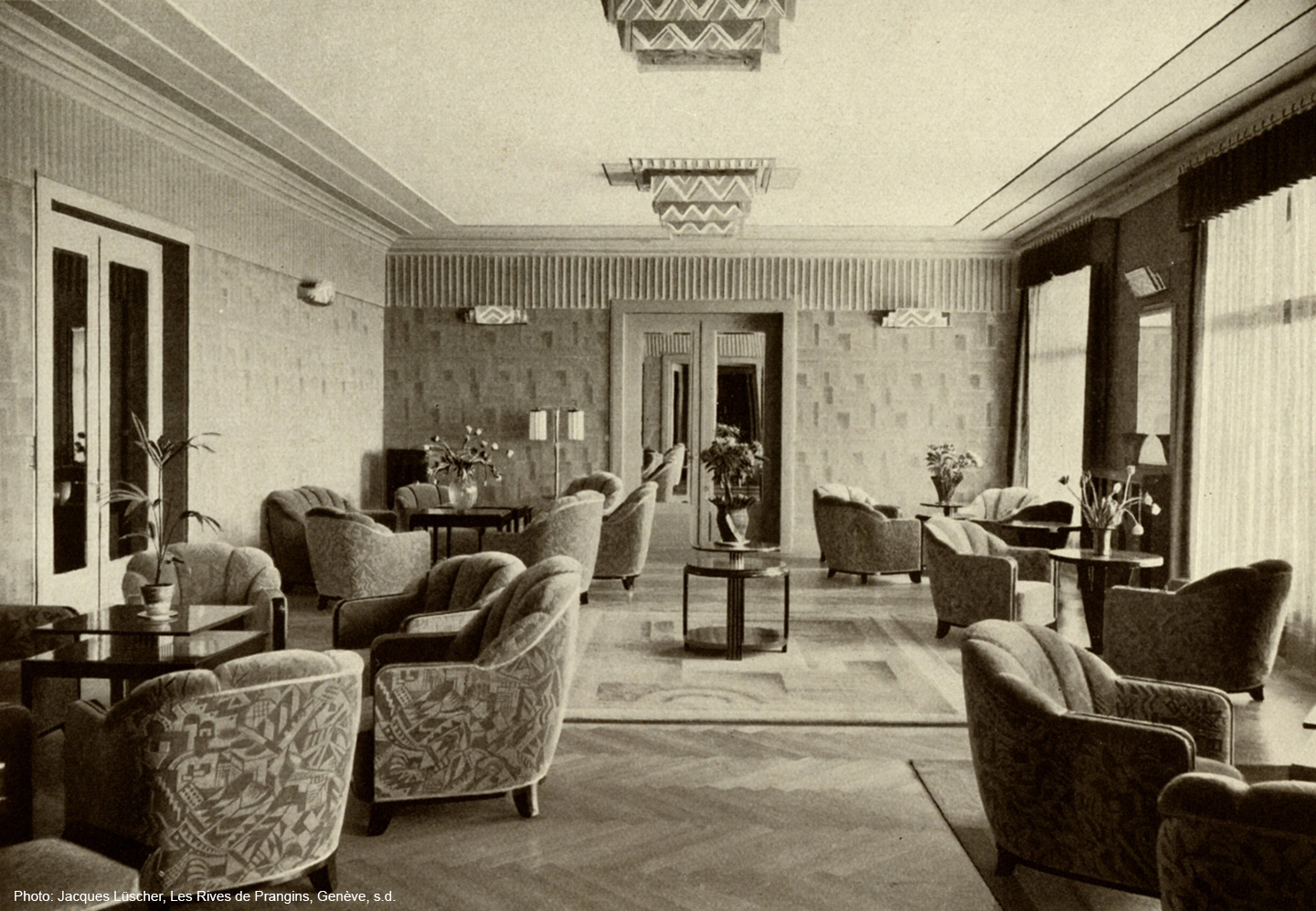 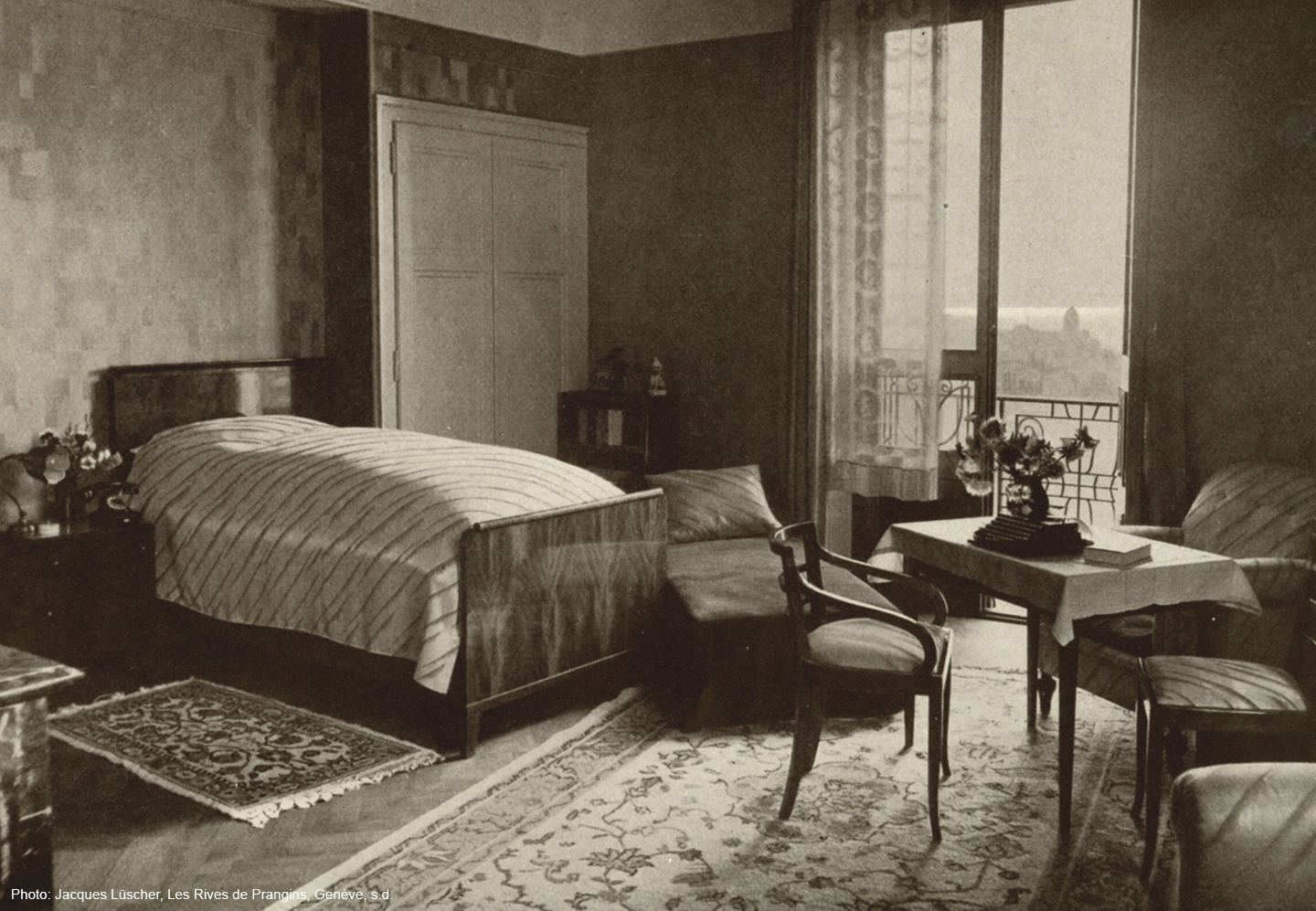 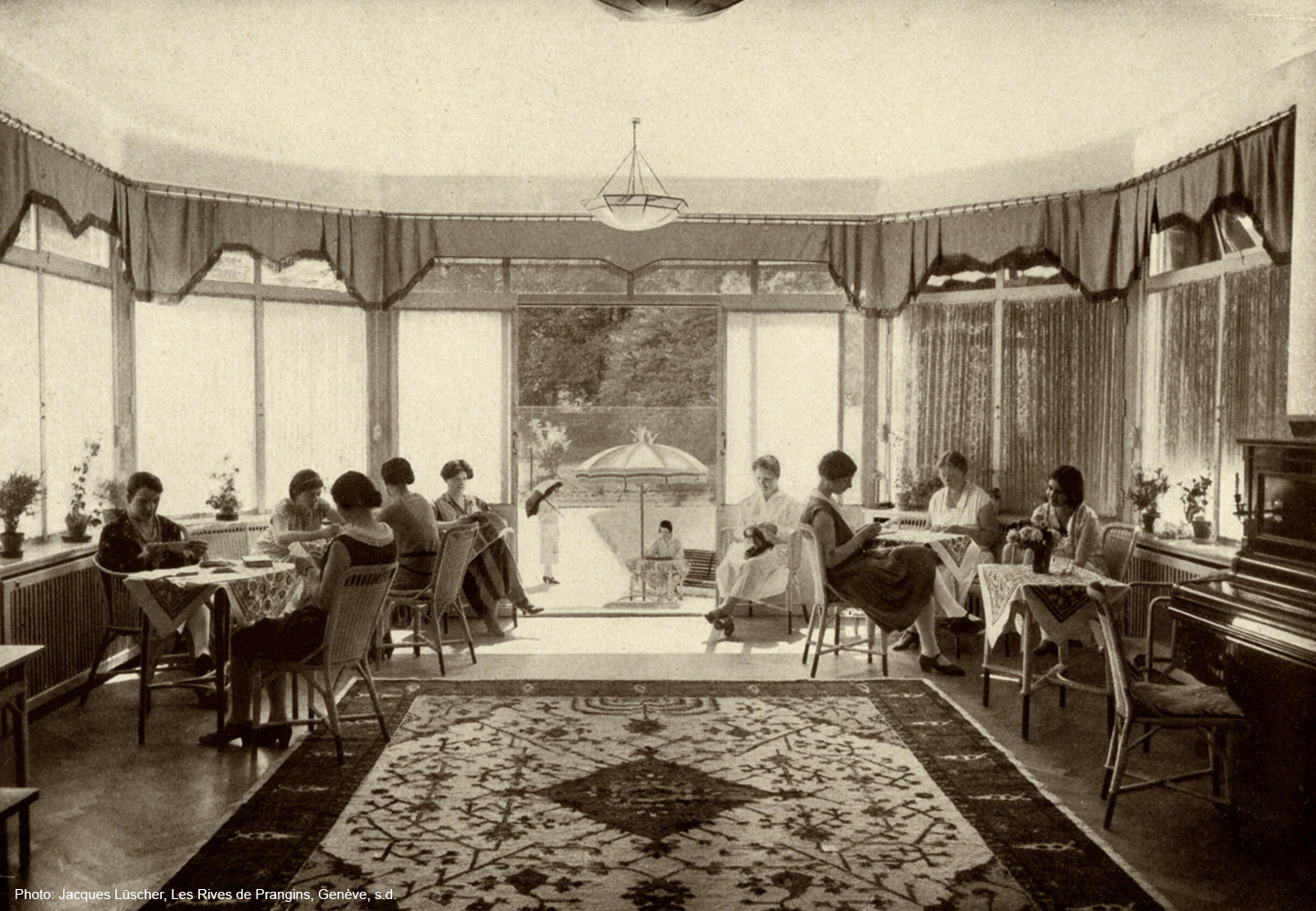 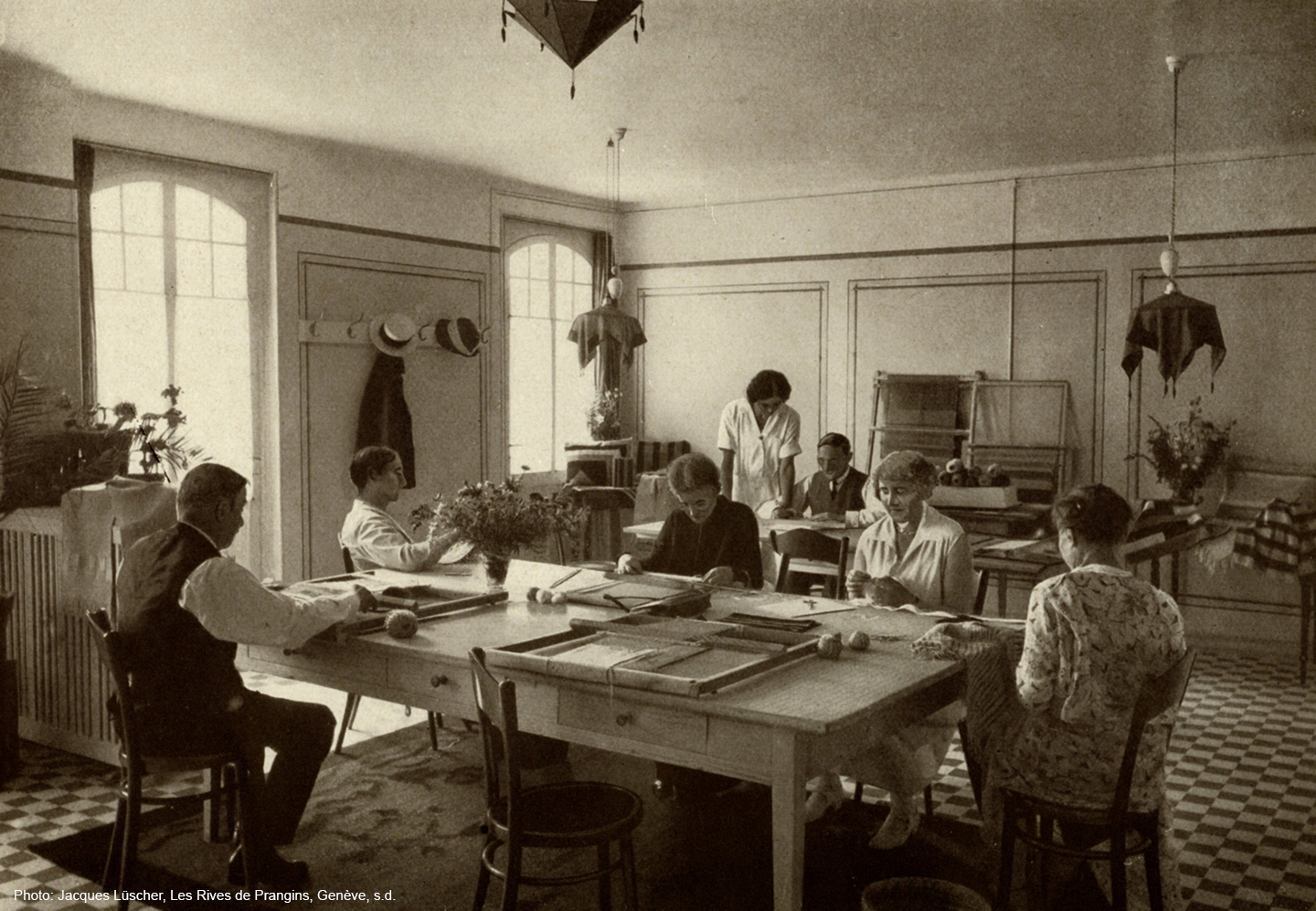 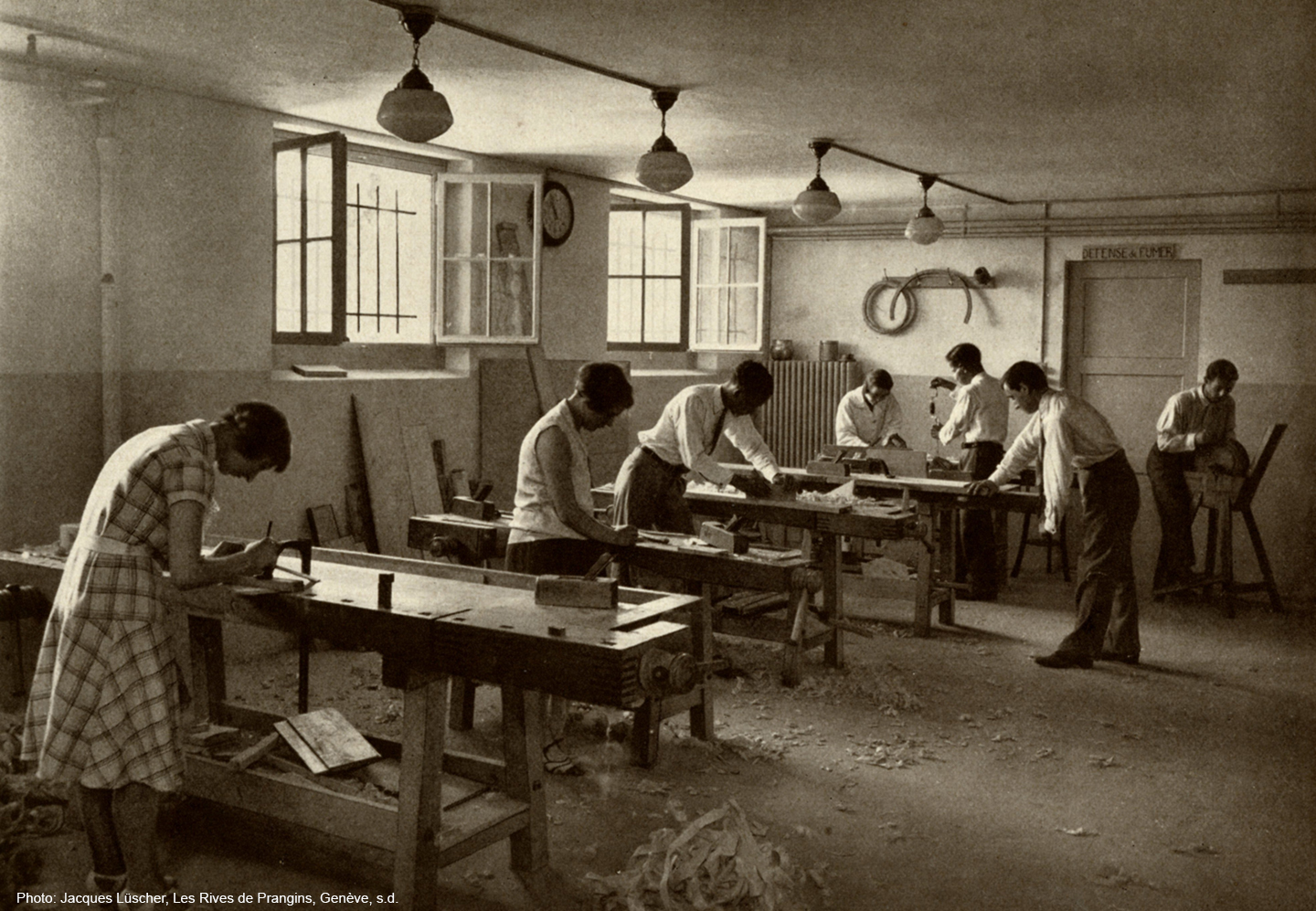 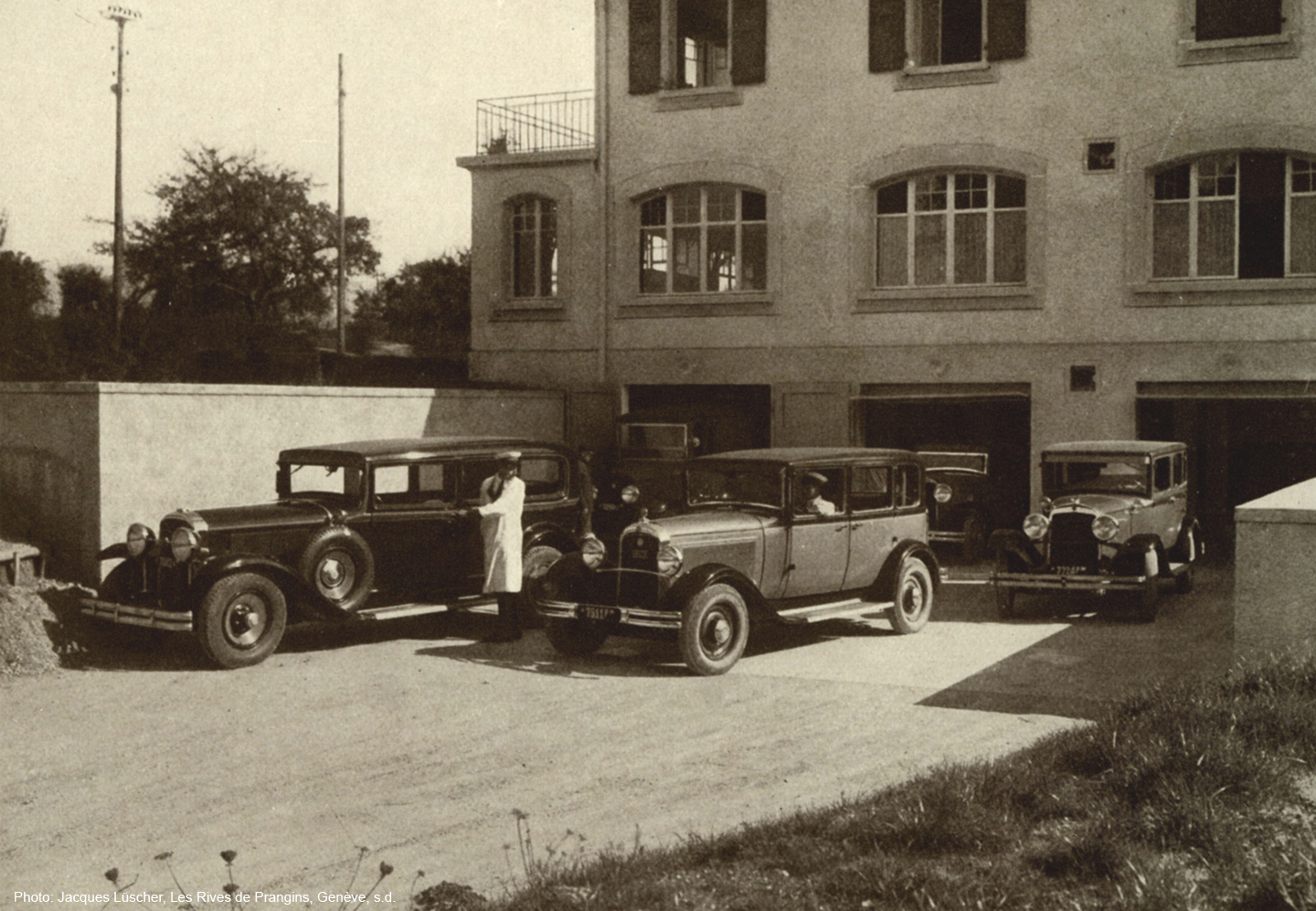