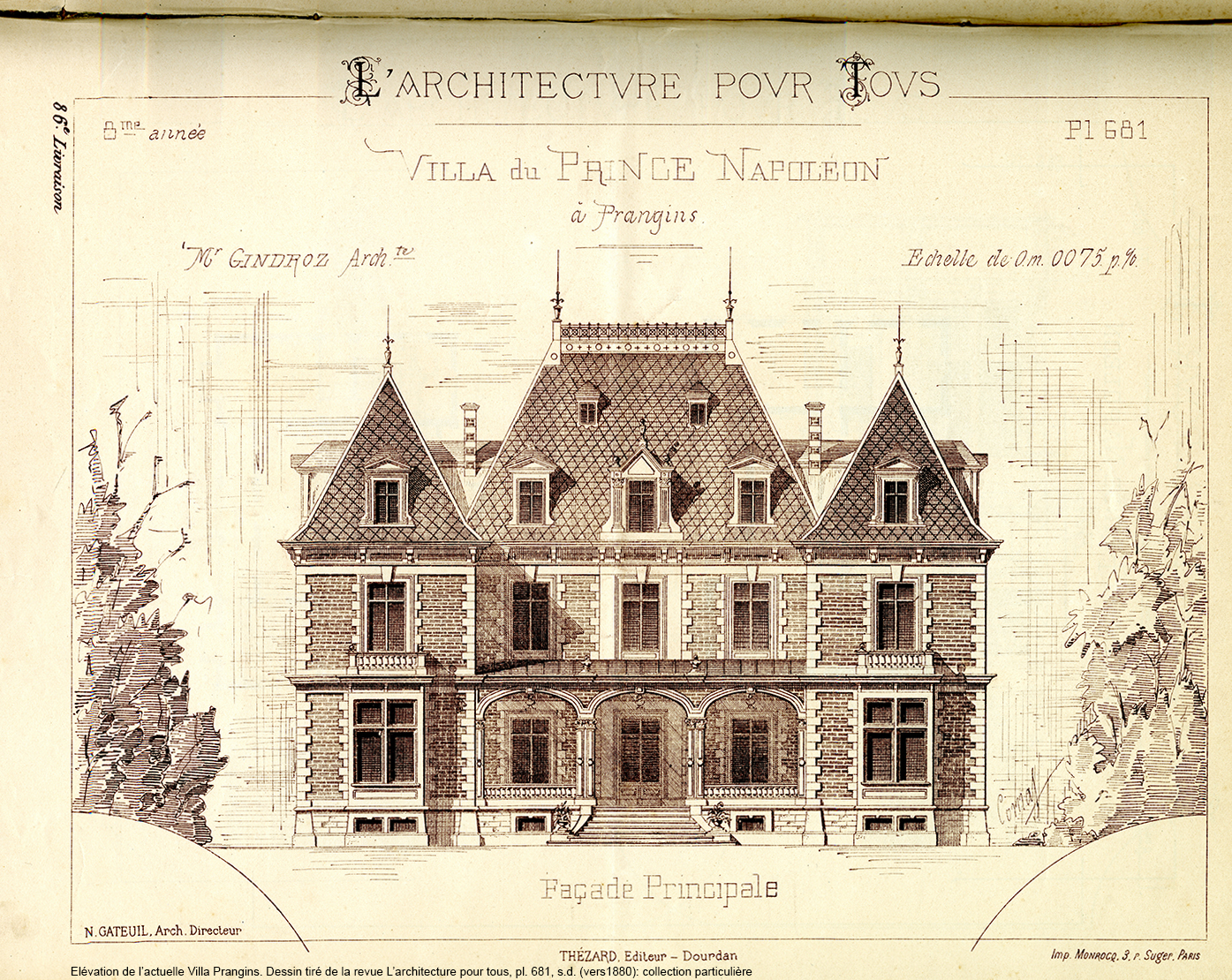 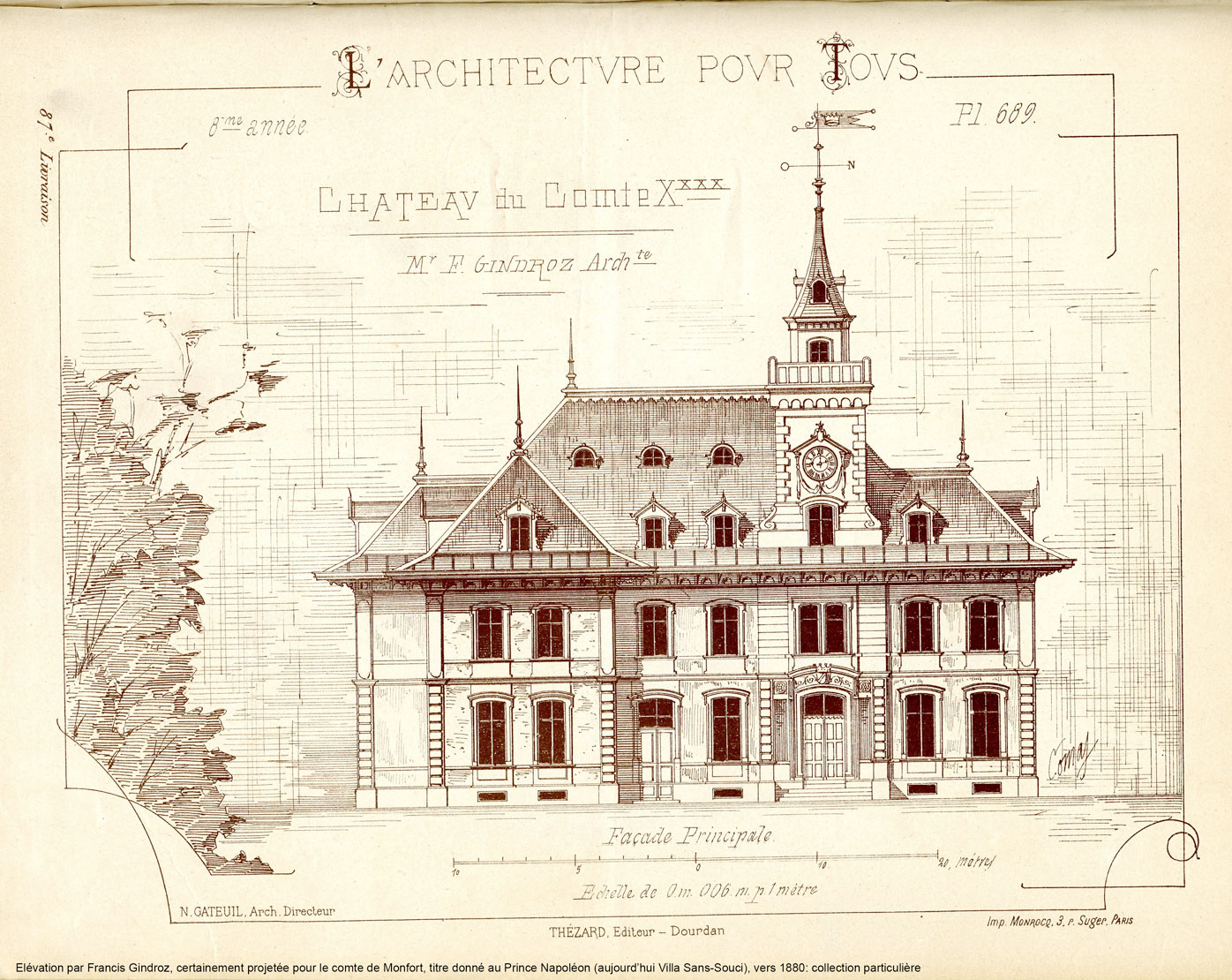 The former La Bergerie estate was created at the end of the 18th century by
combining a number of plots of agricultural land. At the time the property was known
as Le Marais. By 1850 it had grown into a site of considerable size, covering more
than 200 hectares, and included the grounds of what are now the Villa Les Bleuets,
the Villa de Prangins, the Domaine lmpérial Golf Club, La Bergerie and Le Cottage.
Most of the large lakeside estates on La Côte are created in the 19th century for
wealthy foreign owners. Originally they often consist of agricultural land, but over
time they are progressively transformed into large recreational parks planted with
numerous trees, surrounding the country houses with greenery; some, however,
continue to be used for farming, leading to a mix of residential and utilitarian
functions. The presence – indeed omnipresence – of nature, enjoyment of the
landscape and the lake, and the privacy afforded by their location are the most
distinctive features of these properties.

In 1861–1862, Prince Napoléon commissions the Parisian architect Emile Trélat to
build a large villa. It is a unique example of its kind in terms of its ground plan,
composition, style and décors, which bear the influence of new architectural theories.
Emile Trélat is the founder of the Central School of Architecture in Paris, which is
created at the instigation of Eugène-Emmanuel Viollet-le-Duc.
Having suffered a fire and undergone various transformations, the building has sadly
lost many of its original features, and the numerous follies that enlivened the
surrounding area have almost all been demolished. From 1871 onwards the villa was
home to various individuals before finally being sold in 1984 to the Domaine Impérial
Golf Club company, which already owned part of the plain and the woods.

Having sold part of the La Bergerie estate along with his first house at Gland in 1871,
Prince Napoléon commissions a new one the following year from the Genevan
architect Francis Gindroz, who had designed a number of town houses and villas
between Geneva and Lausanne. Built in a more conventional style than its
predecessor in Gland, the new Villa de Prangins is also far more modest. It is still
owned by the Bonaparte family today. 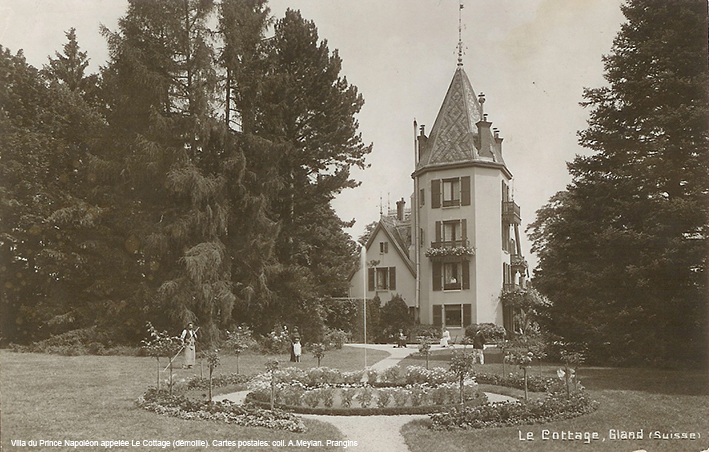 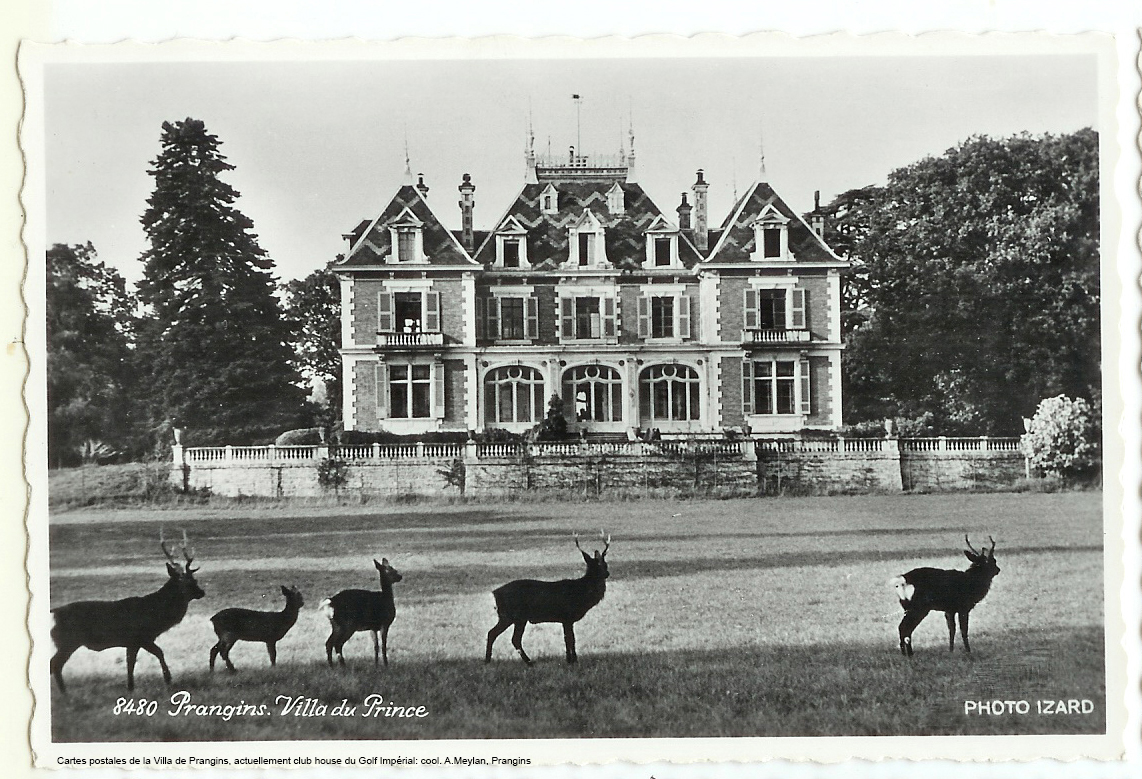 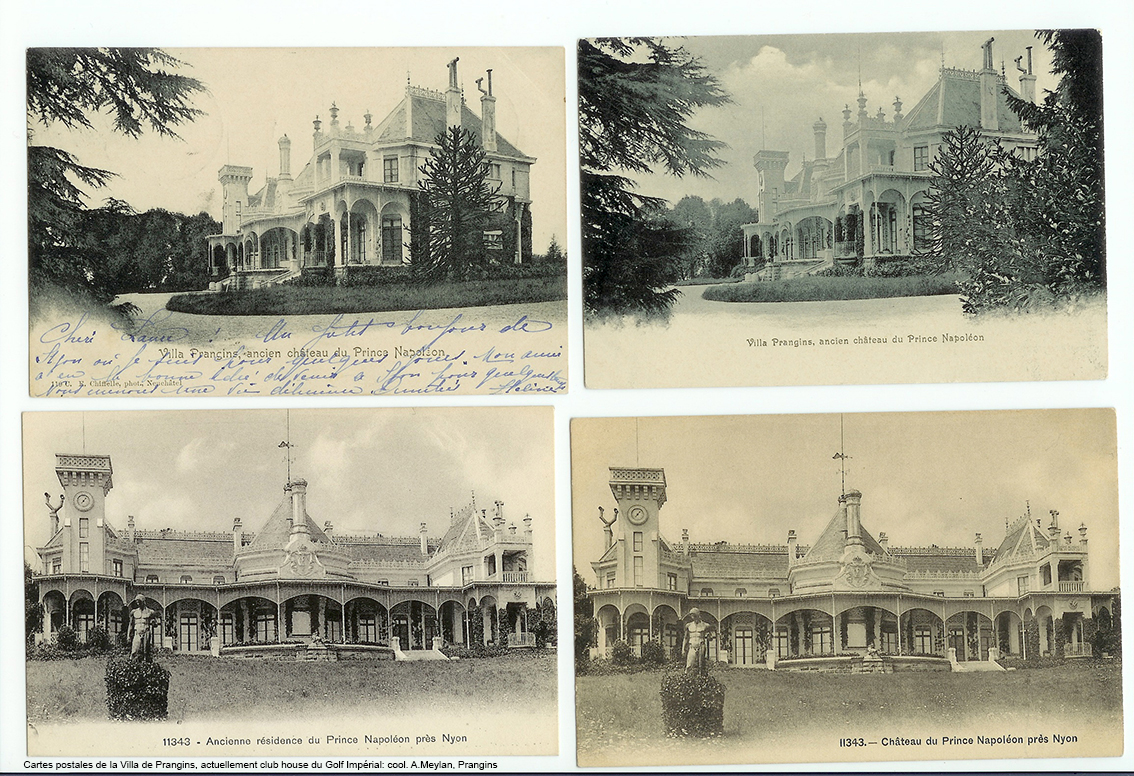 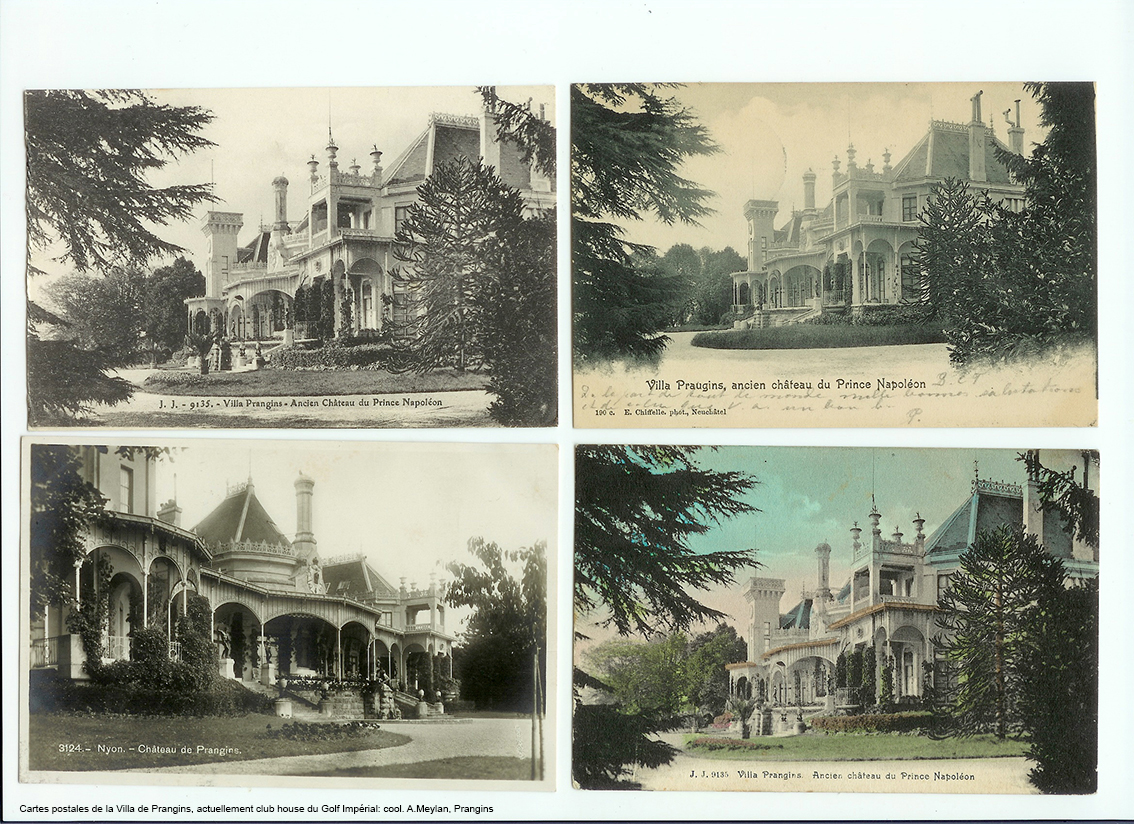