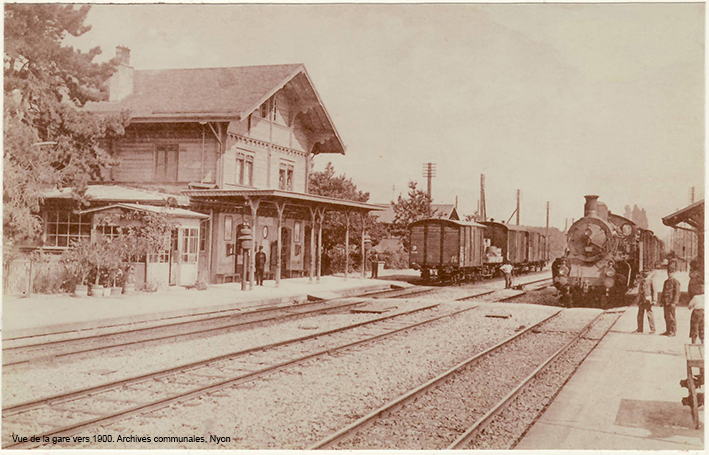 The railway reached Gland in 1858. Built by the Compagnie de l’Ouest Suisse, the
line was some way from the village at the time, out in the middle of the fields. Often in
Switzerland, the construction of railways contributed to the displacement of former
town and village centres, with stations being built on the outskirts and linked to new
infrastructure. The arrival of the Begnins-Gland tram in 1906 and, in particular, the
Geneva-Lausanne motorway in 1964, rapidly accelerated urban growth in the region. 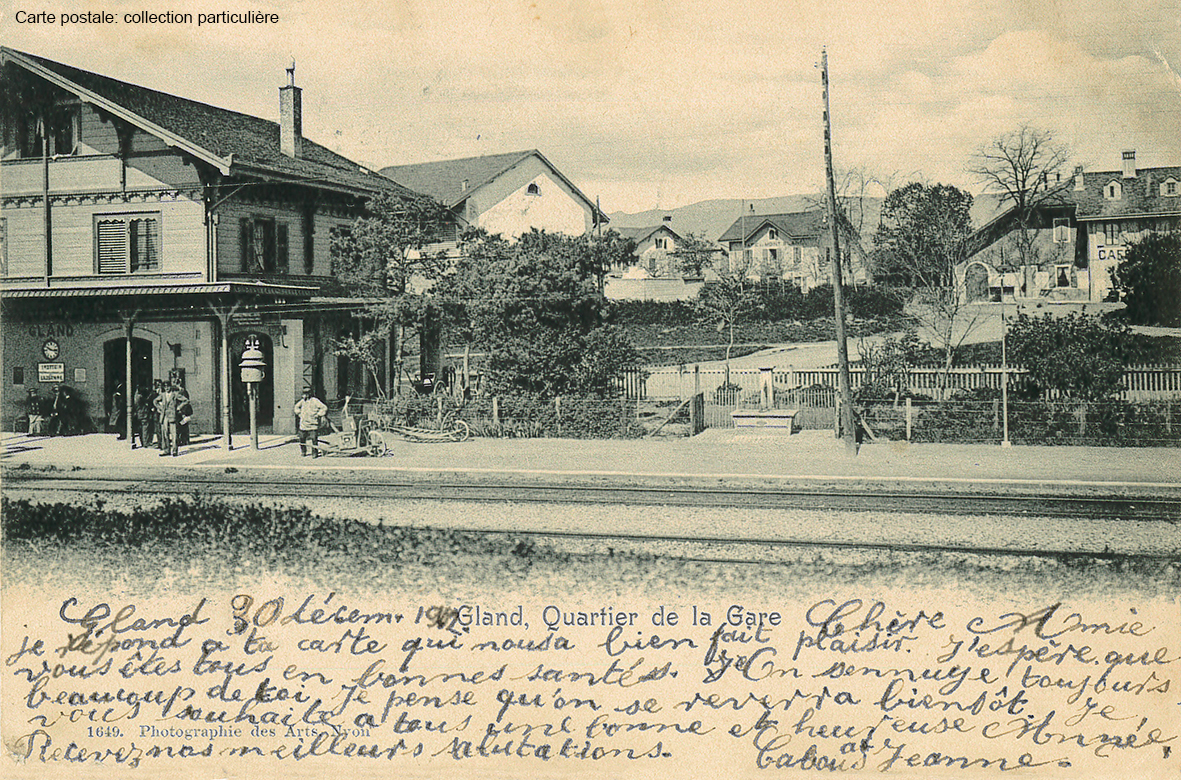 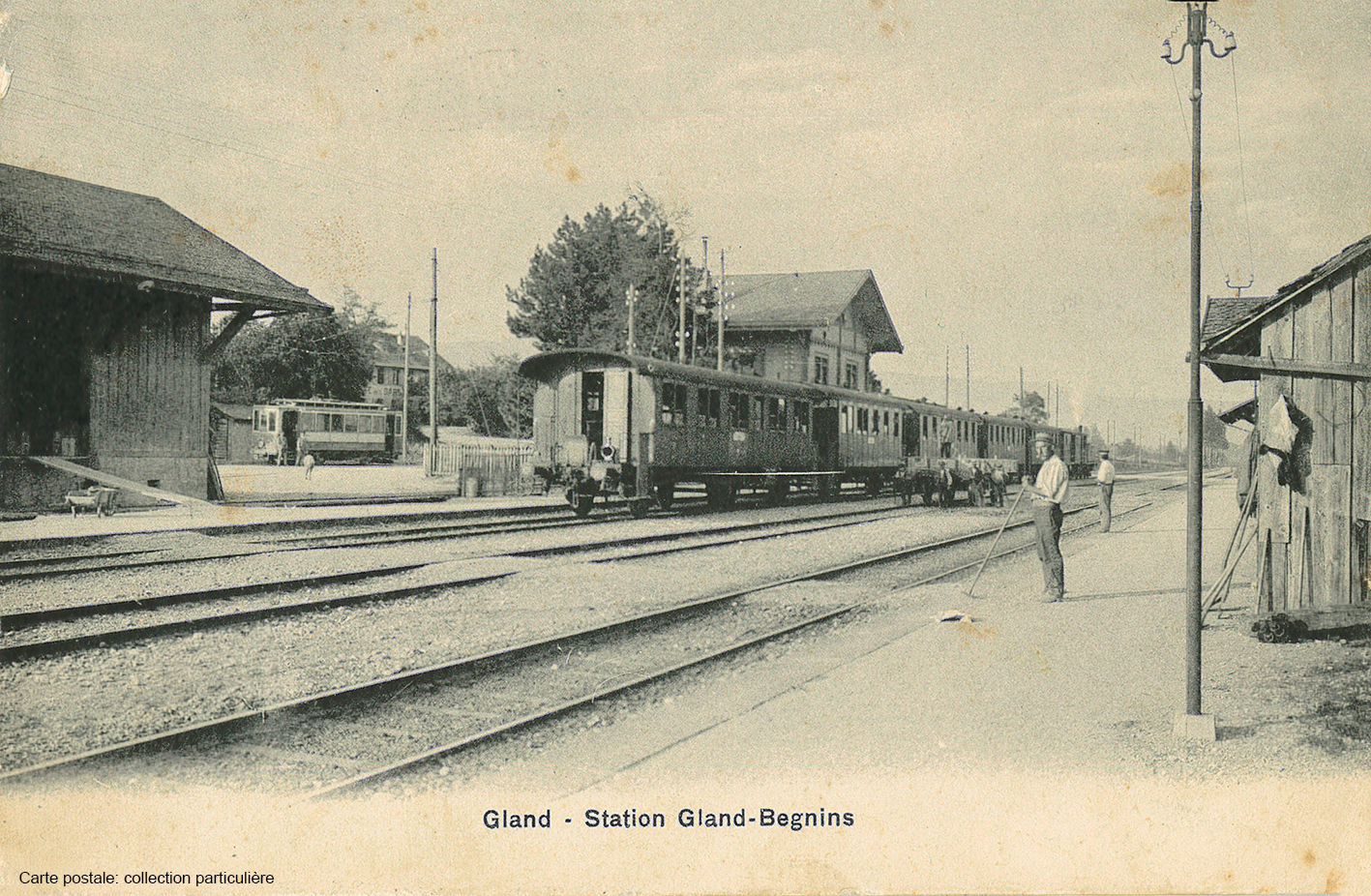 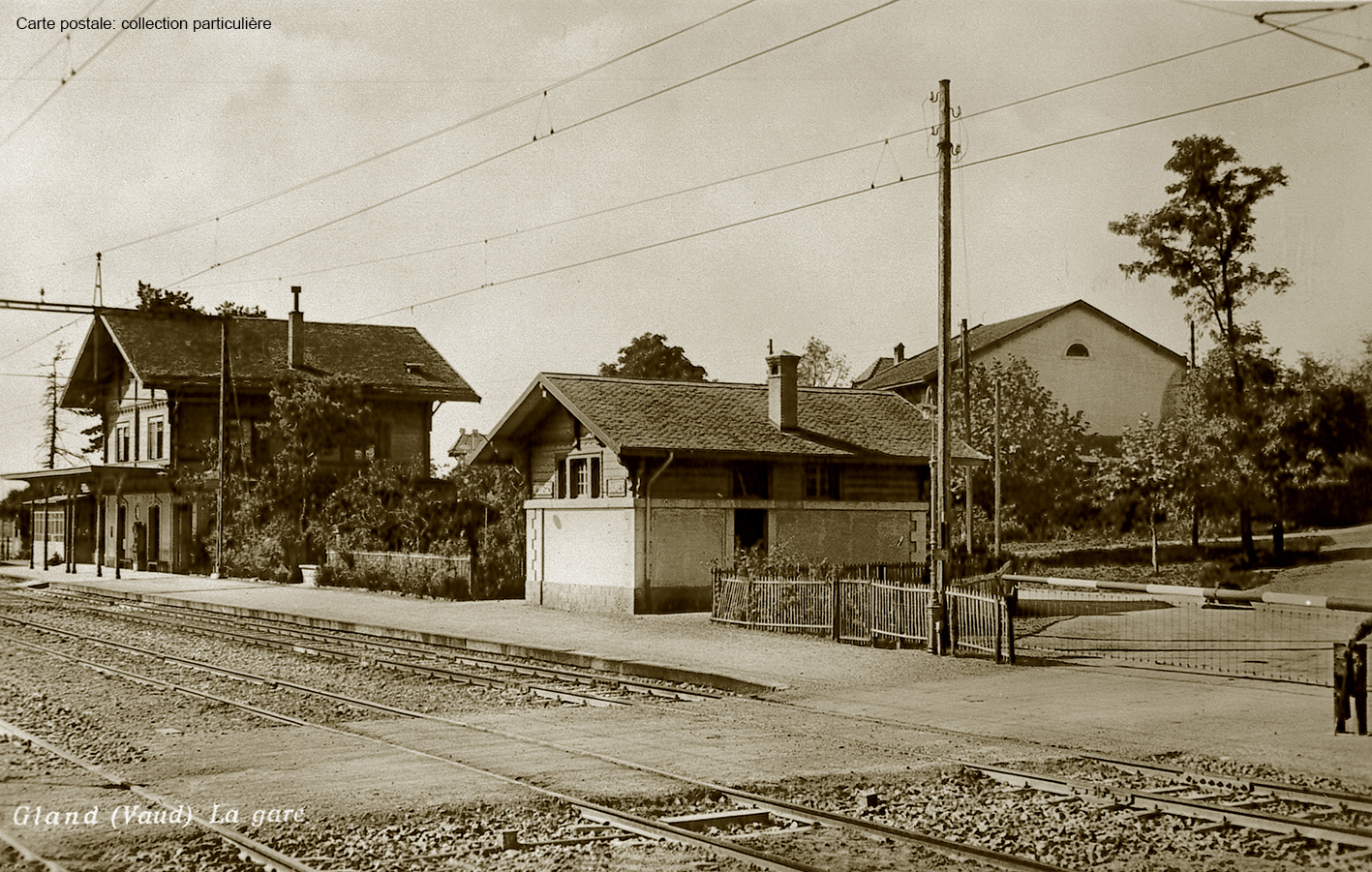 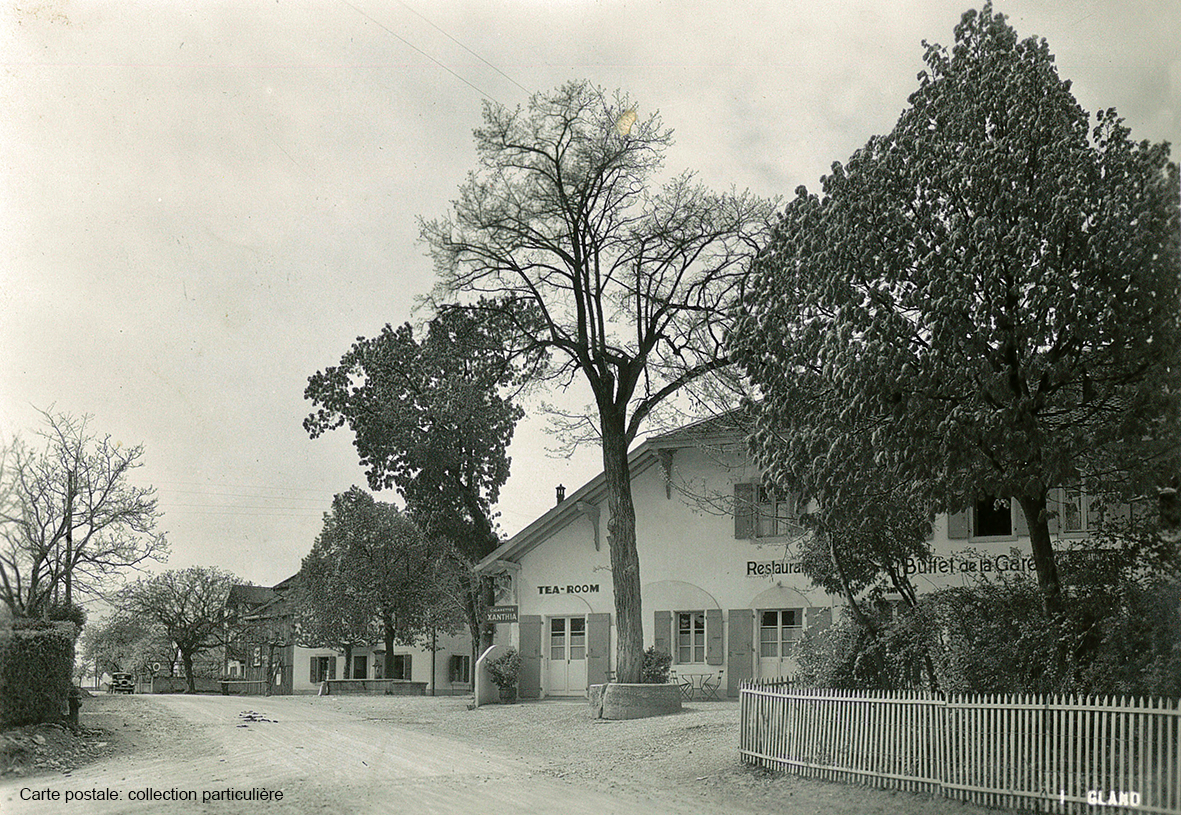 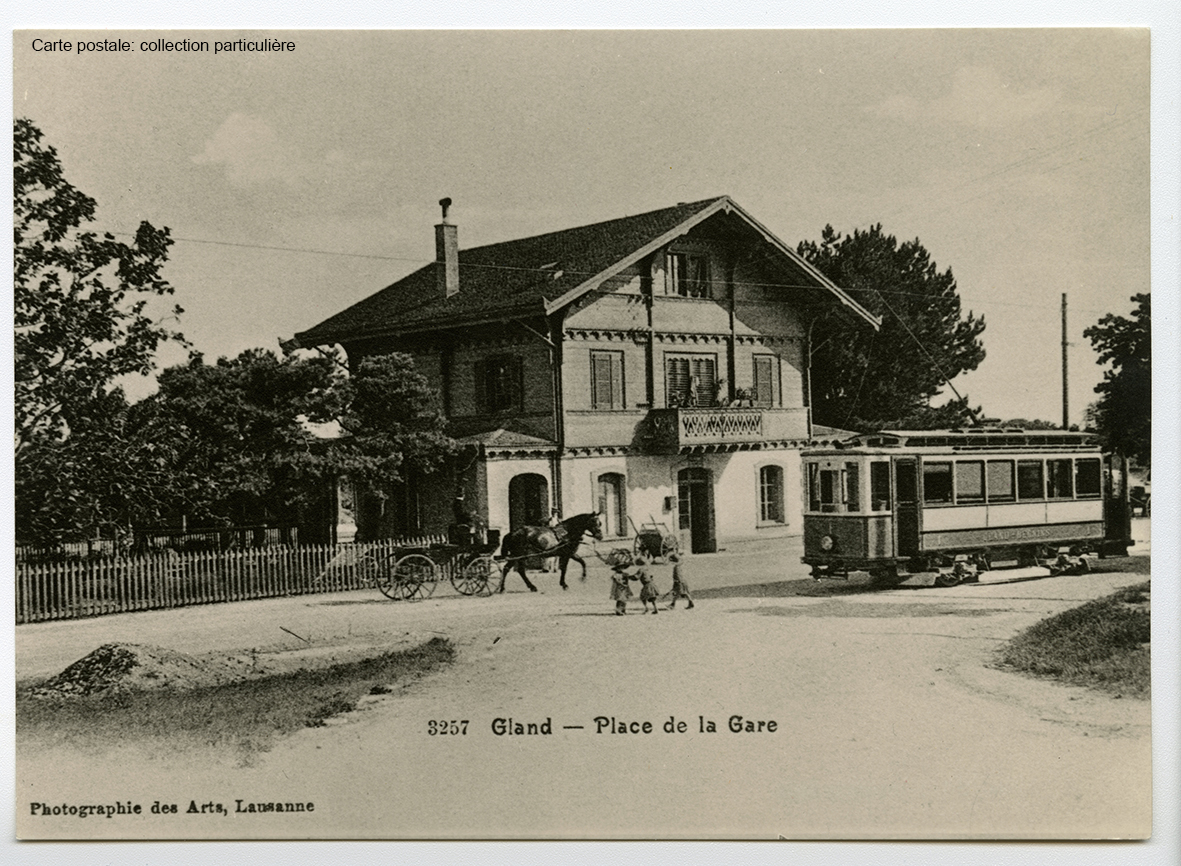