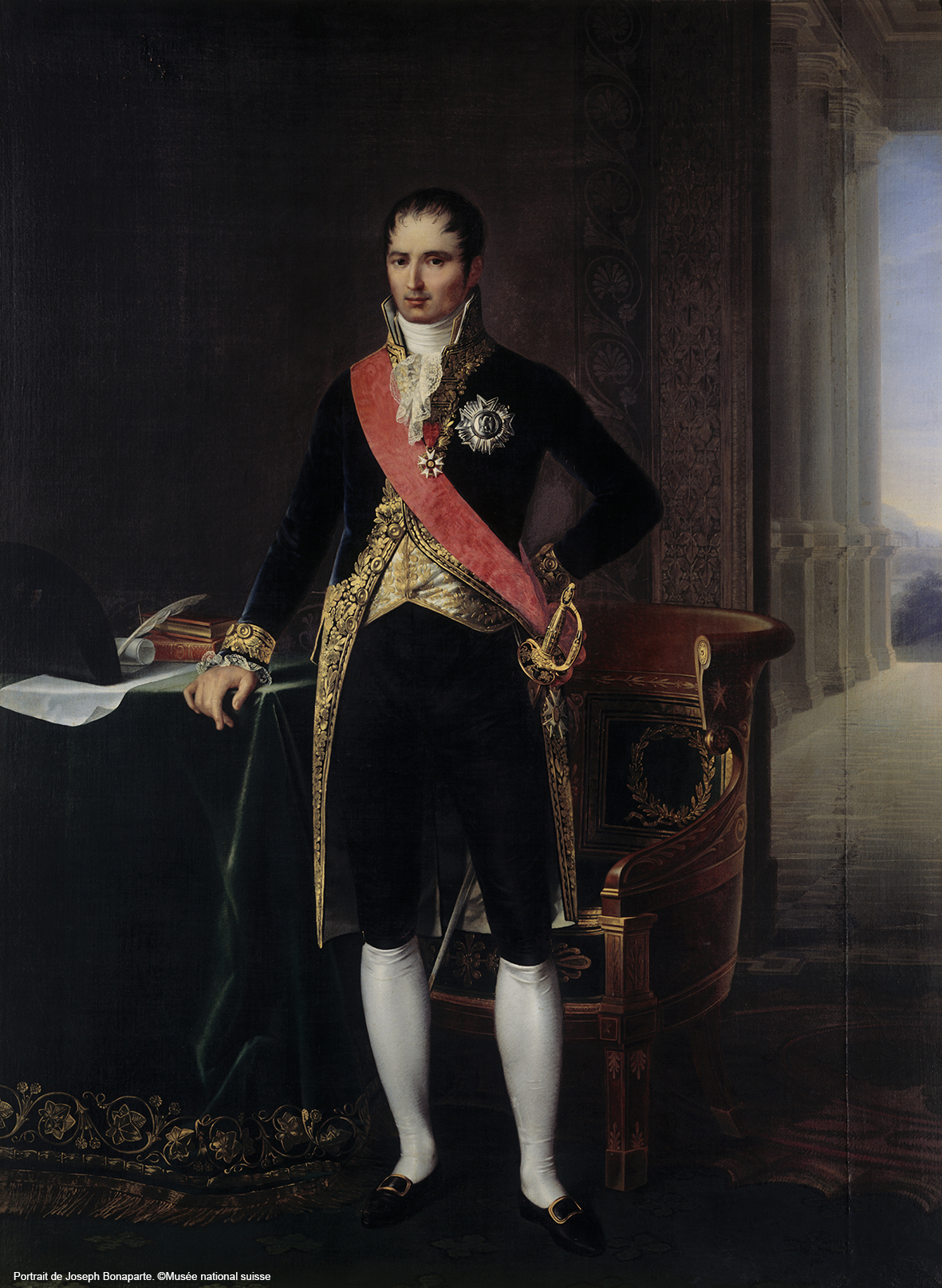 After the fall of Napoleon I, in 1814–1815 some members of the imperial family
sought refuge in Switzerland.

Joseph, the elder brother of Napoleon I, bought Château de Prangins and the
adjoining property, which later became La Bergerie, but was expelled from the
country in March 1815 by the Vaud government.

In 1859, the son of Jérôme (Napoleon I’s youngest brother), Napoléon-Jérôme
Bonaparte, known as Prince Napoléon or more prosaically Pion-Pion, bought La
Bergerie, which Joseph had sold along with Château de Prangins in 1827. He
ordered the construction of a remarkable villa that is now the clubhouse of the
Domaine Impérial Golf Club and was formerly known as the Villa de Prangins.

In 1870, Prince Napoléon sold a large part of this vast property (it was the largest
lakeside estate of La Côte at the time) by lots, and ordered the building of the new
Villa de Prangins on the remainder of the estate, where he resided regularly. Other
less-known buildings have since been demolished.

Dating from 1914, the project envisages developing the Gland neighbourhood
between La Bergerie, Les Avouillons and the railway station. Mostly given over to
recreational pursuits, it proposes dividing the land into 344 plots, with a railway
station, a passage beneath the tracks and a tram running to the lake, new roads with
roundabouts, a beach, a port with a landing stage for public boat services, hotels,
tennis courts, golf links, a football pitch, a sports area and walking paths. It was
drawn up by the landscape architect J. Allemand at the instigation of Ignacy
Paderewski, who owned Les Avouillons at the time. The First World War prevented
this highly ambitious, even grandiose project from being realised. 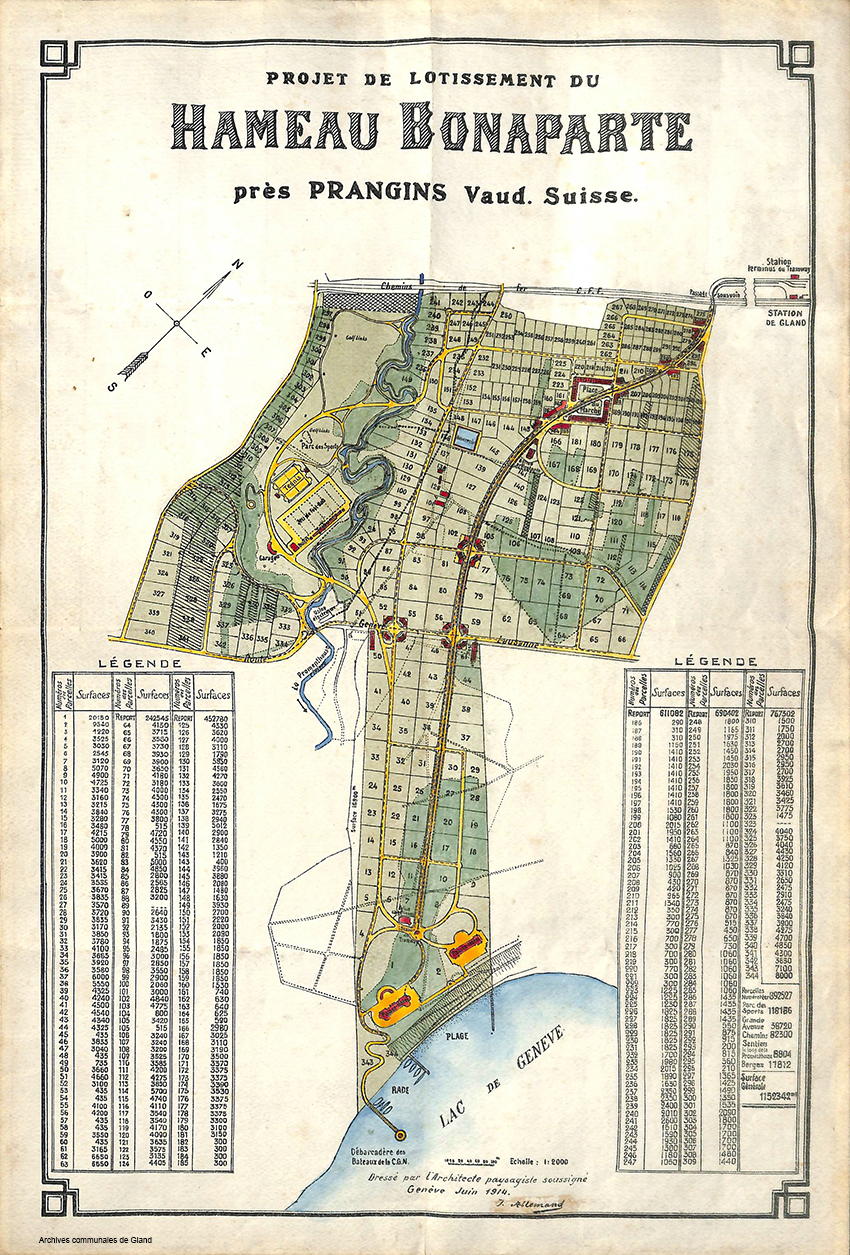