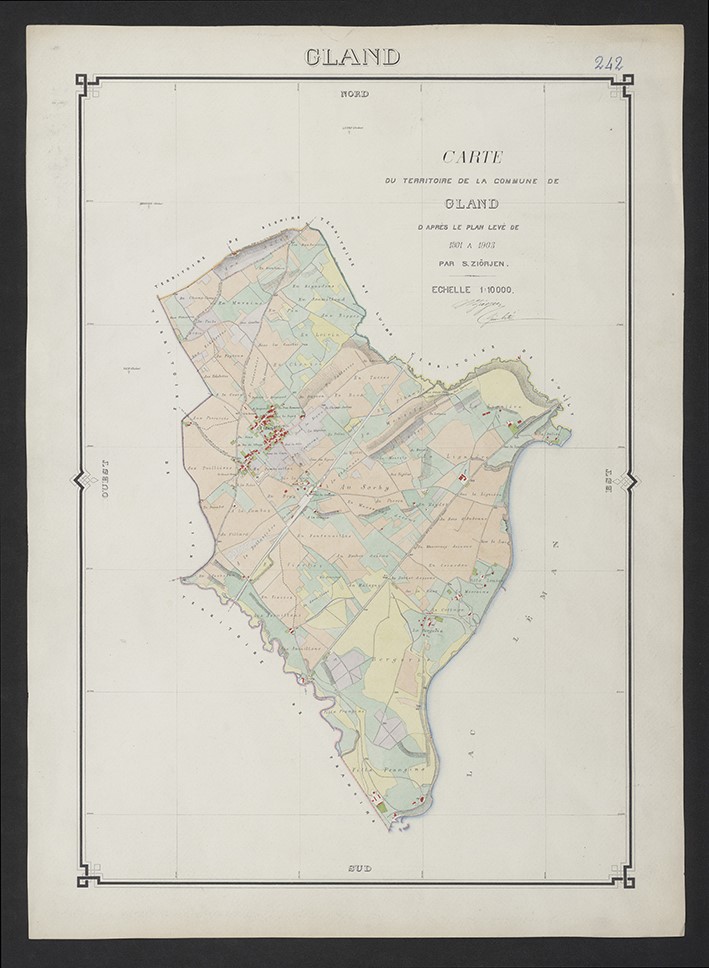 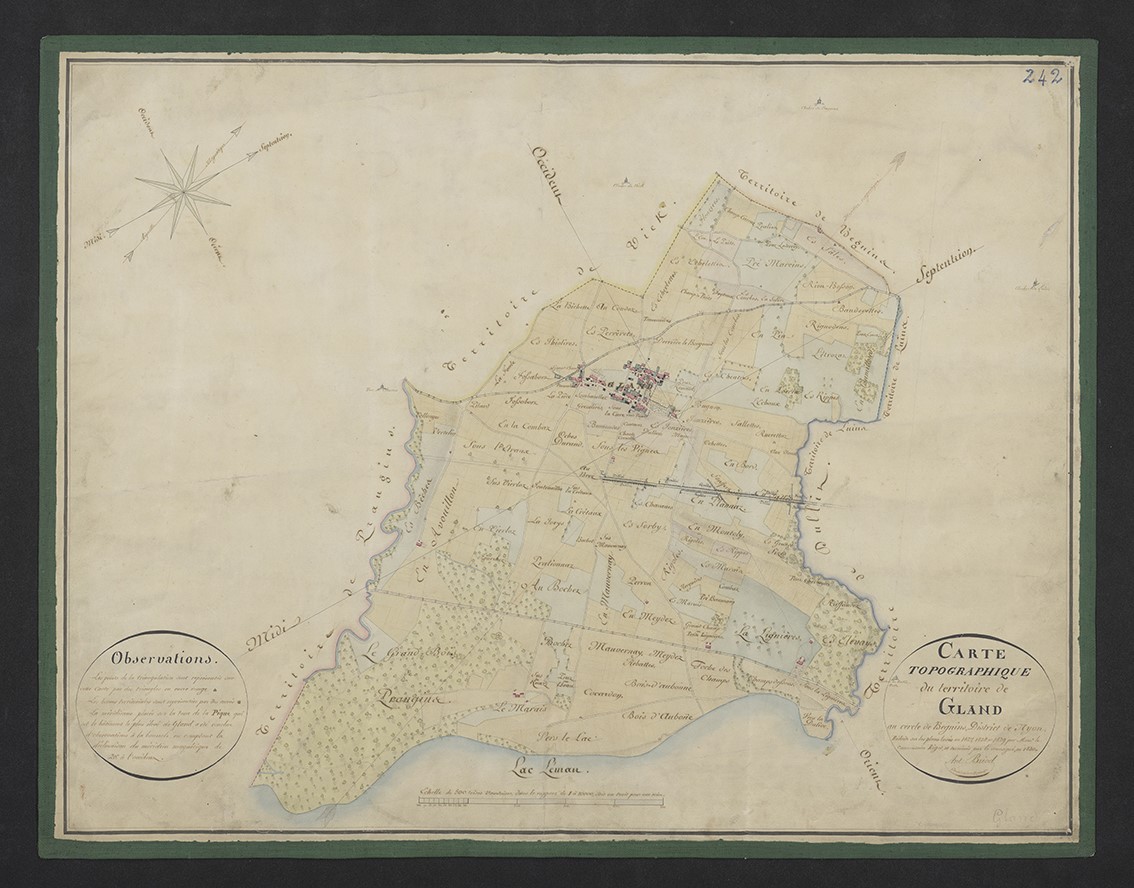 Progressive in his thinking, Baron Guiguer de Prangins devoted much effort to
improving his farming, winemaking and forestry operations. He drew inspiration from
the 18th-century physiocrats, a school of economic and political thought whose
fundamental tenet is that “all riches come from the earth”.

His journal makes frequent references to cultivating artificial meadows of clover and
sainfoin, dispensing with the fallow system, stopping grazing in the Gland wood,
using oak bark, grape harvests and selling wine, haymaking and crop harvests,
reflecting his intense interest in the running of his estate.

Winegrowing is documented in Gland as early as the 11th century, with references to
a gift of vines by Vualdo of Gland, a local nobleman, to the monastery of
Romainmôtier.

During the era of Bernese rule, the few dairy cows and young livestock belonging to
each household were gathered into a single communal herd for most of the year,
grazing in the meadows after haymaking, in the cereal fields after the harvest and the
rest of the time on the communal pastures, which consisted of poor-quality, marshy
land or dry scrub.

Over the course of the 20th century, the village of Gland experienced huge urban
development and population growth, expanding into a town of more than 13,000
inhabitants in 2018. By way of comparison: the commune had a population of 288 in
1803, 484 in 1860, and 810 at the start of the 20th century! Back then there were just
127 houses gathered together in the village, the hamlets of Les Avouillons and
Crétaux, and on the properties of La Lignière and Villa-de-Prangins. The remainder
of the land consisted of vineyards, meadows, fields and forests. Today, large areas
remain almost completely undeveloped and are still used to grow crops – such as at
Montoly, where there are magnificent views of the Lake Geneva landscape. 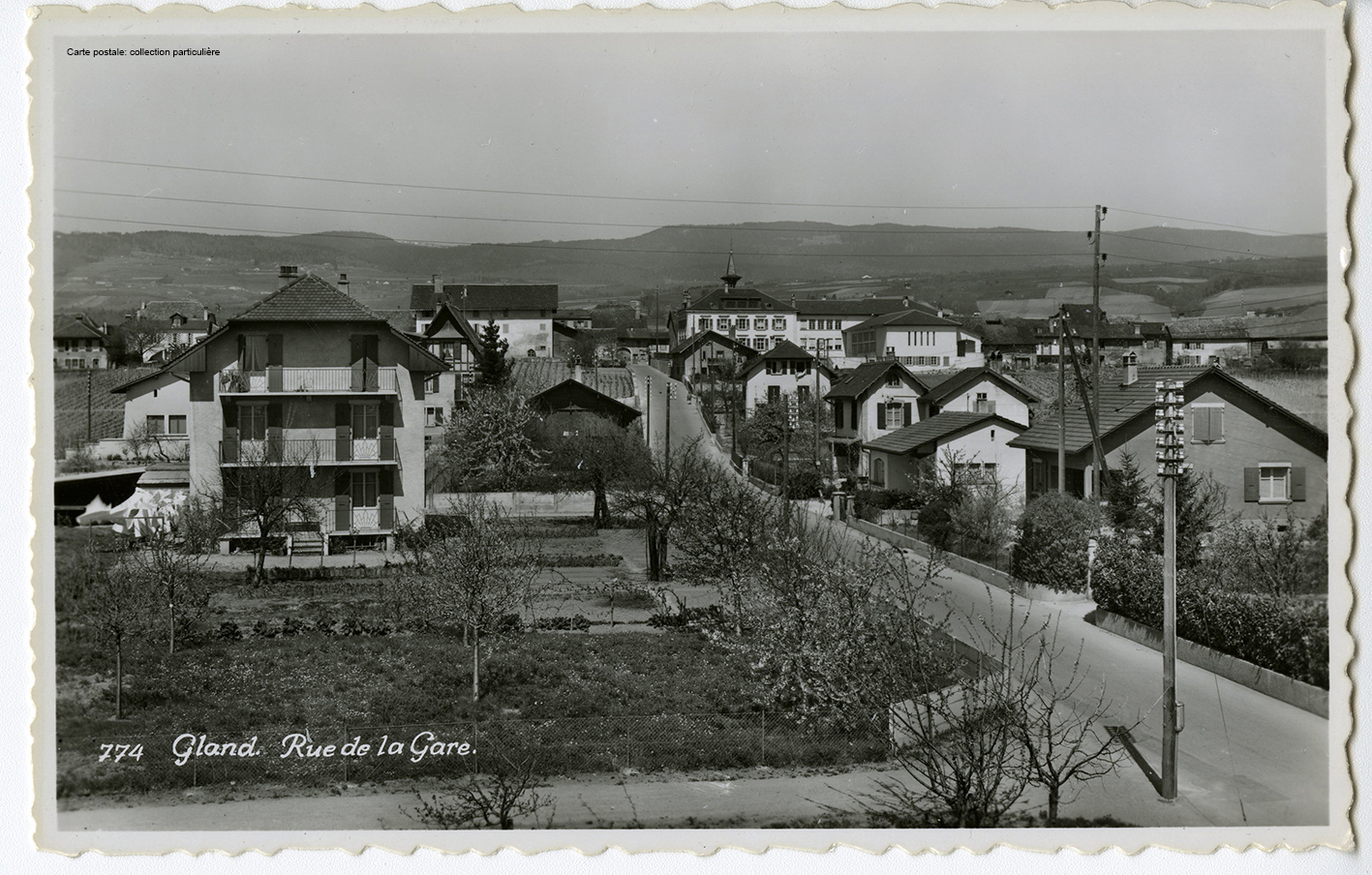