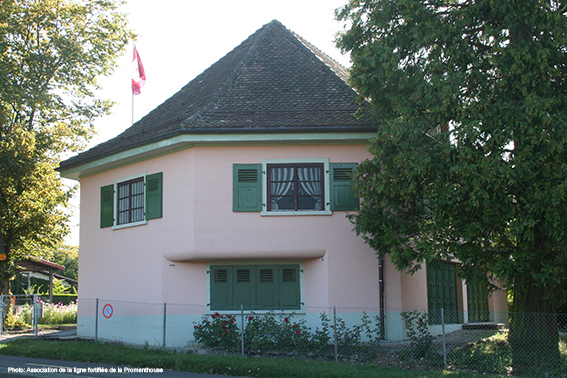 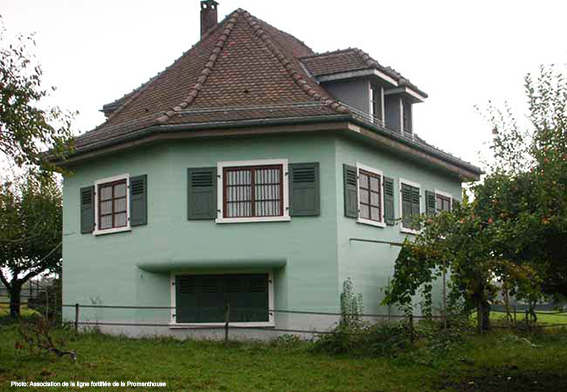 Small infantry forts camouflaged as charming dwellings with painted trompe-l’œil
windows, the Villa Rose and Villa Verte are the only examples of their kind in the
country. The Villa Rose is a strongpoint in the line of defence protecting the route
suisse, the main road from Geneva until 1964. The Villa Verte was designed to
accommodate two “Mitrailleuse 11” (1911) machine guns, a commander and five
soldiers. Quarters for the exterior guards are located in the roof area. Classified as
secret defence installations until 1995, the bunker-villas are unknown to the public
and do not appear on maps until that year. They have been listed as a Grade 2
architectural site by the Canton of Vaud. The Villa Rose is now a museum, recreating
the fort as it was in 1940.

The “toblerones” were built from 1940 onwards. Tetrahedrons are the most numerous shape.
They were made by first placing a reinforcing bar mesh in a wooden mould and then pouring
concrete in from the narrow end.

The fort is an important element in a local defence line. It provides effective protection for the
troops and infantry weapons. Its location in the terrain allows it to cover roads and nearby
forts. 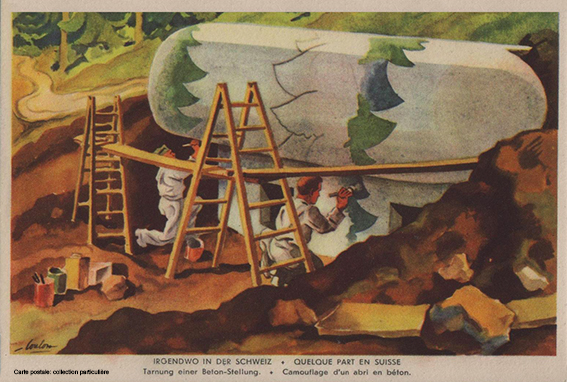 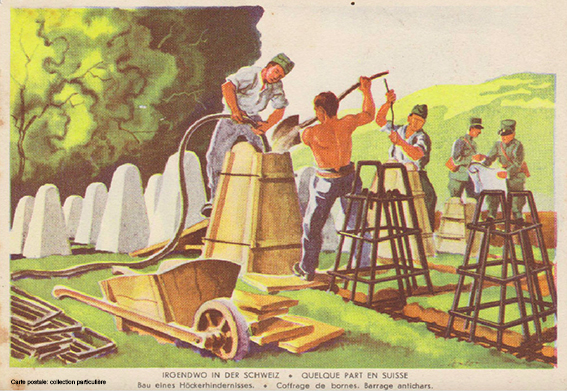 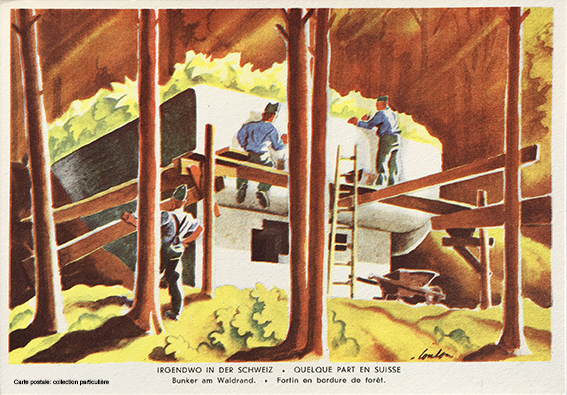