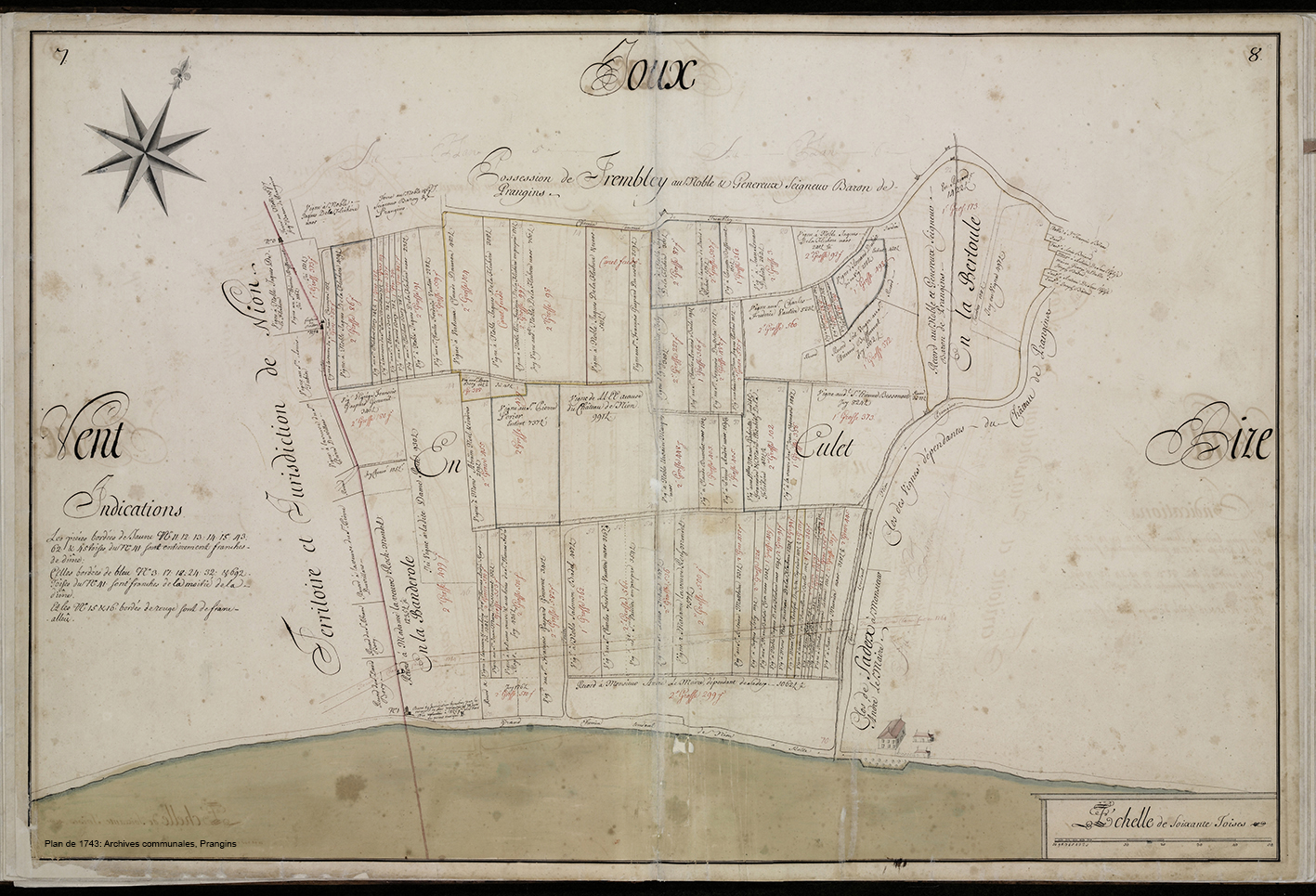 Les Abériaux takes its name from the local dialect word for “watering place”,
referring to natural water sources that can sometimes be quite far away from
the location concerned. As can be seen in this plan dating from 1743, the
watercourse, which was not buried or channelled at the time, opened out into
the meadow below Château de Prangins, allowing animals to drink from it. 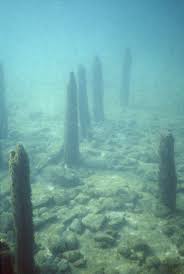 The site was already inhabited around 1000 BC. Lakeside dwellings raised on piles
have been discovered in this area, similar to those found at many sites in
Switzerland; the most important of these were added to the UNESCO World Heritage
list in 2011. These vestiges of prehistoric villages that have been preserved by their
waterlogged settings are an unparalleled source of information on the history of
Europe’s earliest agrarian societies.
The Prangins-Sadex site has been dated to the late Bronze Age and was probably
discovered in the same year as the nearby Asse site, namely around 1858. Its
outlines can be discerned by tracing the outermost piles. This site is one of the
deepest anywhere on Lake Geneva. A white-wood palisade can be seen at its edge
on the lake side; this probably acted as a breakwater.
On 22 August 1854, the prehistorian Adolf Morlot makes the first ever dive to
the site of La Grande-Cité in Morges, wearing an iron helmet strapped onto his
shoulders and supplied with air from the surface by his colleagues Alphonse
Foret and Frédéric Troyon. His exploit has become world famous, thanks to
this watercolour accurately depicting the scene.